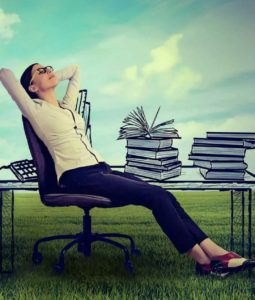 9 to 5 diaries
Recently, I went for an interview
For my fifth job in 2 years, my consistency is at stake now. The problem is you can not make people understand how your mind works. It’s just they want you to be creative, yet they want you to do a 9 to 5 job.
About me, I am Nishtha, I have been working as a content writer for last 2 years. Just after my masters degree in English I entered into the world of professionals. I thought it’s going to be “easy”, but trust me the world in itself is a myth. The so called code of conduct, talks behind your back and scrutinizing eyes of people just takes away your enthusiasm for your career. Further, if you have the power of imagination, slowly and steadily the pressure of 9 to 5 check list will weight you down with those responsibilities that will take away your “imagination “.
It was too hard I guess, when my words just left me. Leaving in place an emptiness that now has became a good friend of mine. The more pressure they put upon my creativity, which I don’t know still exists in my subconscious or not. Whether I am a writer or just a typist, there isn’t much difference. Because they want you to be creative but they don’t want the creativity itself.
Well, coming back to my interview.
There were two people staring at me from behind a desk. As if I am a new brand of chocolate and they are deciding whether they should eat me or not. My aim is to sell myself, that to without giving them a glimpse of my bitter mind.
The first question was on my consistency only. I told them my oh! So creative reasons.
“sir, I had to change city”, “ my mother was not well”, “my neighbour’s cat died (I wish) “
Well that was the easy part. Coming towards testing my wow! Factor. Before they could start with that part of my interview. I thought I will test them first.
The question is, if they are capable enough to test my “creativity” or not.
So, I asked them “please elaborate this room to me in which we are sitting! “
What! !! .. That was written on their faces, but didn’t came to their mouth. Of course they wanted to tell me it’s your interview not ours. Although I was quite persistent myself, so somehow I managed to convince them saying “ they can also learn something from this interview and it’s good to be open minded”. Well, that did the trick because now the question was on their oh! So modern mind-sets.
Getting to their creative answers:
Person A: a table, 3 chairs and a small painting. I think it is good enough for taking an interview.
( awesome! Right?)
Person B: it’s good…. Ahmmm
Hands of applause please!!
Now my dear friends, it’s my turn
“Sir, now I would like to do the same.
According to me this room represents the mundane life of an employee. It tells me the story of sullen faces and creative minds whom you have told “we will let you know” very graciously I may add. The empty walls with just a logo of the enterprise shows the dominating power here. There is nothing wrong with that though.
However, this place also has the courage and the confidence of those who stood up to prove their capabilities, ambitions of those who have a purpose and dreams of those who smiled at you in despite of their fear. These four walls are the night before the day, for all those who wants to learn, grow and become something.
Both of you on these seats of power are the knights who have the power to decide our future. Whether we belong to this kingdom of dreams or not.”
Well! I do know how to put butter on my breads.
Trust me creative people can enchant you with just your words. Try them but don’t exploit them.
A 9 to 5 job is both your incarceration and your redemption my friend.
It is an opportunity and a curse.
Hence! That’s how I welcomed another phase of my life.