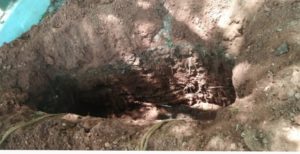 Hip hip hurrah! Hip hip hurrah! Three cheers for the winners of today! We did it! We are the champions of football, etc. sounds were echoing in the sky.
I was just reaching to the village from the hostel. I saw people dancing, shouting and yelling on their victory. They had won the football match from a nearby village. They had got a big goat as a prize. Indeed, it was a great moment of joy for them because after a long time they had got a prize in football.
Some people were playing the drums, some elderly men were playing mandars (a kind of musical instrument used by tribals) with expressive action and gesture, and some were singing the tribal songs and were dancing in rhythm.
Children were very much enthusiastic and they too joined the dance leaving all their evening studies and forgetting their class’ home works. Even old men and women could not stop their emotions of joy and started dancing in the crowd leaving all their works. In fact, whole village was very happy on this victory. I too joined the group with my friends.
Around mid-night the head of the village came. He requested all to go home and to rest since all were very tired and there was a chance of heavy rain too. Though people did not want to quit, respecting the head of the village slowly all dispersed from there. With my friend I too walked towards home.
While we were talking to each other I noticed a man lying beside the road under a banyan tree. I asked my friend, “Who is this man lying here at this time, I think he is drunk, we need to help him.”
He said, “Oh! Don’t worry! Now he is drunk when he loses the effect of intoxication, he will help himself.”
“No, no! We cannot leave him like this; we should take him home because there may be heavy rain this night. How will he manage under this tree?” I said to him.
He replied, “What do you know about him? This disgusting man is my father. I am ashamed to tell that. This is his everyday work, he will drink whole day and come home in the midnight and disturb our sleep. Now we too are tired and fed up of carrying him home. Therefore, these days we leave him in his state.”
After hearing this I did not bother much. We moved ahead, and went to our respective houses.
Morning when I got up I could hear the shouting and yelling of the people. I thought, “these funny fellows cannot control there joy. Early morning they are celebrating as if they have won the world cup or Olympics.” But when I heard carefully it was totally a different sound unlike the last night.
When I asked my mother she said, “Your friend’s father passed away last night, he was lying dead beside the road under banyan tree.”
I was shocked and speechless. I could not stop my tears. I ran to my friend’s house immediately. I tried to console him. But he was weeping in loud voice saying, “I am the main culprit behind this. I have killed my father. Yesterday, if I would have listened to you this would not have happened.”
From that day onwards I and my friend decided “not to delay the helping hands to someone, who is in need.”
Thus, a dead man’s lesson: Never grow tired of helping and loving.