A fight with Mental Illness 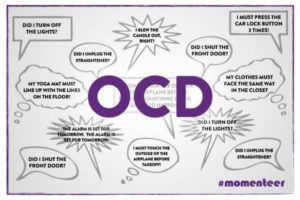 Brief introduction about the problem which is indicated in the story.

Mr.P ,an introvert boy from a middle class family starts getting good grades in college after a major gap of 3 years in studies.The gap in studies is because of his mental health issues.After a gap, he decided to study psychology as his subject of interest and started studying and actually enjoying his subject.Apart from studies, he is engaged in exploring his hobbies and started showing interest in music. Now everyone surrounding him is assured that he is doing well in his life.
There are many people who are jealous of his small achievements and even taunt him that your life is so easy and amazing.But there are very few people present there who knows about his problems and struggle he faced for reaching to that level of life which others are seeing as easy. Now starting from the origin of his issues,he is basically an average boy in studying as well as in extracurricular activities since he started going to school. As of being an introvert personality, he doesn’t have too much friends and is confined to a very small circle of friends and family. His father owns a small business, his mother is a housewife and he is youngest of the two siblings ,an elder brother and a sister. His schedule mostly involves going to school,coaching class, short interval of playing with his friends and short interval of self study. From the age of 11-12 years, he started doing rituals which in actual term we can call “obsessions” and “compulsions” to get relief from discomfort which is anxiety.
He feels that something is wrong with his health but can’t able to understand what because of less awareness about psychological problems. Slowly his family sensed his problem and adviced him to control doing these compulsions otherwise people will call you mad.He try all the time to control that compulsions but failed everytime as it is causing extreme anxiety to him. After opting biology as a subject in his 11th class, he decided to go in field of medicine because being a doctor is a nobel profession. He is studying hard but can’t getting expected results as there is a mental health issue which hinders his performance. After taking a drop for preparing for medical entrance exams, he started giving all of his efforts in studying but in the middle of his drop session, he is facing extreme discomfort mentally,his health started deteriorating slowly,finally he decided to give up and left the studies. As an observer of all the problems he is facing, his family decided to take him to the doctor for getting him treated. After visiting general physician, he advised the family members to take him to the mental health expert. So his family accepted the advise and finally visited a psychiatrist for his problems.Now he is diagnosed with Obessive Compulsive Disorder[OCD] and Depression. His treatment started, but as he is not feeling that he is getting well he left the treatment midway. After all these he lost his hope in life but is living because of his family members love and support. He decided that he will try to control that obsessions and compulsions by himself and will live a life no matter how hard it gets he will not give up. After a gap of 3 years, he decided to start studies again and requested his family to give permission to him for studying again. He now opted psychology for helping himself in life .In the end, he started studying very hardly and enjoying his subject.Also he starts singing as a hobby and writing poems to express himself.His small acheivement include getting highest marks in his psychology class in his college.

Palash Lalwani is a psychology student who started writing poems as a source of self relaxation and reflection. he is also interested in singing and writing songs.