A MOMENT OF TRUTH 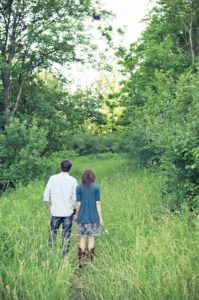 “You’re complicated, not life,” he ended the hour long dialogue in which only he was the participant and she was a mere observer of her vicissitudes, with the breaking up of her relationship being the latest one. And this did not make her feel cringe, or guilty, or even someone who does not have a heart; as he was trying to make her feel that way with all his might. She was an astute girl with an attitude of never willing to submit, with a heart that was pure as gold, but it never skipped a beat under the influence of anyone’s slavery. She was a girl that could not fit into the society, with her boyfriend leaving her for neglect, her father leaving her for shame, and the other men leaving her because they could not stand the sight of a girl who was taller than their heights. Damned by all, she made her own way by the only way she knew. She started painting, and making a mockery of the renowned painters the world has known. Living on her own, in her own way, with her own rules, alone, with a dignity that the standard women of civilized society can never know.

“If this existence has any will, let it subside today, or else I shall die with the subsiding moment, and if this be thy will, then be it this way,” he roared, not with a dominant voice, but rather with tears in his eyes, with words glued from his lips. Wearing an orange robe, and about to jump off a cliff surrounded by the mighty Himalayas. He was neither a sannyasi, nor did he ever think of himself as someone who could live the life of an ordinary household. All he wanted was to find out what was he made for. No one assisted, and he never let his life run easy. From a dropout, financially inept, with loads of expectations, he ran off to let things turn out for themselves, but in the end proved to be worthless. At one stage he could have had a golden career, and then dawned the thought of mysticism in his mind, with him leaving no-where. He could have jumped, if not for the butterfly that came flying and sat on his shoulders. Being a social offender, who had never fulfilled any duty, never paid respect to any obligation, never considered himself to be good, still found he was loved. This made him went back and start afresh with the only thing he knew- to write.

These two lives, being far from each other, has the gravity to be pulled into each other. They must meet, or else the world has to wait for another rare story of true love to shape up and leave them with something to learn. And the twist is- it exists and yet not, maybe just a figment of my imagination, a rare unity of the masculine and feminine within me.

A poet, a creator of stories, someone who plays with words to establish a certain truth out of them. Writing is the one and only thing that my soul yearns for.