Bhaskar is in no mood to leave the party and return to hostel. The party has just started. The semester is over and a party was really due. Friends have just pouring in so the whiskies, rums and vodkas. Bhaskar starts to sing a song but he is interrupted by Saugato. ‘A call for you from your home’, Saugato says. The call is from his mother with the instruction to return to home as quickly as possible.

The next day he is back at Kolkata. He sort of guessed it – it is about his father. The 50-year old man is completely bed-ridden. He has lost control over his business and has also lost all the money that he recently invested in a project. He failed to cope with that setback and paralyzed his left side.  The family has no idea how to deal with this situation. Bhaskar has two more years left to finish his engineering and her sister has reached marriageable age. Their mother doesn’t have an iota of idea from where money will come.

With a heavy mind Bhaskar returns to college only to find out that his girlfriend has started dating another guy. This incident has completely broken him. He has no idea what to do. The one thing he required is support from his girlfriend. On the other hand, hostel authority has summoned him to pay the hostel fee that is being due. Understanding his position, he decides to work for an NGO as a field worker. This has helped him to collect the money to pay the hostel fees. He is also able to send money to his home, Kolkata. But he has no idea how he will arrange the money for next semester.

But things change quite dramatically. The college authority informs him to tender the semester fees. Realizing he is in no position to pay the fees, he decides to opt out of college. He returns to Kolkata with a heavy heart that his dream of becoming an engineer has perished. He is worried about the fact that who will give a non-graduate job.

He returns to Kolkata hoping to get a job. Few days after returning to his home his father pass away. He decides rather than searching jobs in corporate sector, it would be better for him to look for jobs in unorganized sector. Taking a friend’s father reference, Bhaskar gets a store-keeper’s job at a shop in Burrabar. But working there for few months he loses the job. He then takes the job of a food delivery boy. He goes on to do odd jobs for different companies.

He manages to arrange money for his sister’s marriage. He starts to take care of his mother relatively well. But inside, he is not happy at all. He wants to do something but doesn’t figure what is that. Working for different organizations and doing various types of jobs have helped him to get introduced him with many influential people.

He starts to meet political party leaders. After performing different types of works, he has gained knowledge about the anomalies present in the labour sector. Understanding Bhaskar’s knowledge, a political party leader ropes Bhaskar as his acolyte. Bhaskar was looking for that kind of an opportunity. Being a people’s man, he uses that opportunity to high up on the ladder.

Few years later, he contents on an election and wins the election. Working as a minister, he completely changes the dwindling labour law of India. Since then Bhaskar is lauded as the visionary politician in India. 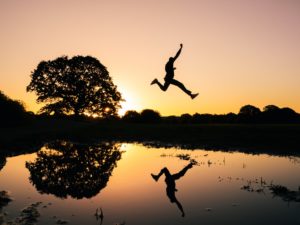 A copywriter by profession.