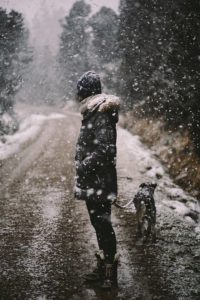 She put her fingers on the nose and felt the air against them. She could hear her breath, feel her breath, feel the struggle of her lungs. Her eyes moved up and she saw him. He was reluctantly carrying his luggage eyeing her legs. She adjusted her skirt but it hardly reached her knees. Feeling guilty, she stopped adjusting it for some pervert.

He sat beside her and took out a cigarette. It was an airport; he knew he couldn’t smoke in there. Just the cigarette against his fingers soothed him. Her eyes moved to the cigarette and she flinched. Coughing she realized her lungs disapproved. Without saying a word, she stood up and sat on the bench far away from him. As she stood he noticed more than her legs, his eyes moved from her black skirt and pink flowery blouse. The straight black hair flew as she walked; her small babyish face looked disturbed since ages. She sat and saw him staring even more. Most of his face was covered with beard, hair neatly gelled back, and white shirt improperly tucked in black pants.

Carrying his luggage, he walked towards her and sat beside her. That shocked her, she was looking for security then she realized she could use the knife hiding inside her bag.

“Hey,” he spoke in a boyish voice, his eyes on her face, “I’m Raghu. Not flirting with you. Just want to know why you came here when you were sitting there?”

She took a deep breath and passed him a carping look. He continued gazing at her disturbed face.

“I’m not a lady,” she spoke, her voice so stern and loud, quite contrary to her petite frame. That brought a smile on his face.

“I – I have chronic bronchitis,” as she said the words she could hear a whistling sound as she took breathes, “Even the sight of a cigarette or smoker irks me.”

He was shocked by her words and sat there digesting everything she uttered.

“What’s – chronic bronchitis?” he scratched his nose and saw her sip water.

She tapped few buttons on her phone and showed him a picture of lungs, “You see this,” he narrowed his eyes and saw a small tube, “this is a normal bronchi – um – from where air gets in us and this,” again he saw a picture of small tube but surrounded with some dirty gooey stuff, “That’s what happens in bronchitis. My breathing tubes are coated with mucus and hence the tubes have shrunk and hence I can’t breathe properly.”

He shifted uncomfortably and popped a gum in his mouth.

He sighed and realized how hard her words hit him.

“Sometimes at night when I can’t sleep,” her voice mellowed down and she looked down as she spoke, “I feel my lungs calling out for me gasping for air. Sometimes I curse them for betraying me so soon.”

They sat in silence for a while and heard all the announcements.

“There’s no cure for this?” he asked.

“Not exactly and with pollution, it keeps getting worse,” smiling she grabbed her bags, “That’s why I’m moving to Manali. Where you going?”