Skip to content
Home/Inspiring Story/AND IN THE END, I COULD DO IT ALL OVER AGAIN

AND IN THE END, I COULD DO IT ALL OVER AGAIN 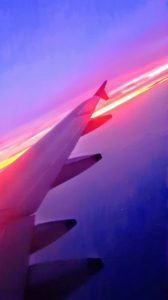 It’s the 30th of december, 2019 and I have a flight to catch. New years eve, on the beach, with the girl gang. Sounds cool no? I can’t wait to get there!!!! The reason I’m telling you this story is to kill time. Yea you guessed it right, the flight got delayed, by an hour and I have a lot of stories to tell.

So, Waiting for this flight, takes me back to a memory. Ever wondered what it feels like to wait for a flight that you aren’t booked on? I’ll tell you. A story of another hour in my life.
It was around 2 AM, Just lying in bed, listening to the same song over and over, until it turns into noise. It was probably my inability to tame the darkness within. The clock ticked 3, the voices in my head had begun to fantasize death, and my favourite song had slowly begun to lose its meaning, just when my fragile soul was ready to give up, a notification popped up. It was a whatsapp text that read “are you okay?”. No, I wasn’t okay. But the text made my broken heart, ache a little less. That day, I learned that its ok to be a little vulnerable, I learned to reach out, and touch a soul, I learned that people love a warm hug. I learned to be there for people, I learned to be there for myself and no matter how rough it seems today,tommorrow will be good.

Well, it’s almost time for boarding. Did you hear that? It was the boarding call.
Ah, a call. That reminds me of another story. I told you, I have too many stories to tell.

12:05, a rainy noon. My phone buzzed. It was a call, from an unknown number that was about to change my life forever. It was about a rescue of a very sick, new born puppy, about to be euthanized. I couldn’t get this baby out of my head, maybe he was waiting for me, just like I’ve been waiting for this flight. I couldn’t help but get him home. After a few treatments and a lot of patience, he was the happiest little puppy, and thanks to him, motherhood came early. At the end of everyday, I come back home to his wagging tail, and wet kisses that have been waiting for me all day, even when I don’t have enough time for him. I’ve learned from him, to love unconditionally, to have gratitude. I’ve learned from him, that everything happens for a reason, for if I hadn’t received the call, my life wouldn’t have found meaning.

1st january, 2020. I’m on a flight, on my way back home. The cabin crew giving safety instructions, a baby crying, an old man complaining of not enough leg space, the flight was a chaos, unlike last night. Last night was as if the sky were to touch the sea, last night was infinite.

By the shore, under the sparkling night sky, with some of the people I love the most.What else could I have asked for? Laying flat on the cold sand, trying to find constellations, we spoke all night long.

You know, they say humans are made of stardust,and just like what makes the universe exist, we too will thrive, no matter what.
The sky that night, sparkled with stars allover. Ah, the stars, they make me want to dream.It’s as if they came out just for us, because we had the patience to wait for them. I’ve learned that sometimes, that is all you can do.Wait for your light.

After we were done talking,we laid there, and listened to music.And by the way, music doesn’t turn into noise anymore.
Thankyou for listening to me, and I promise to be there, when you need to be heard to.

And, don’t you worry, the wait for the flight was worth it, Because now I’m up here, flying, sky high.

Love brings me here. I love to write. I'm all about life and self love.