Another Cup of Coffee 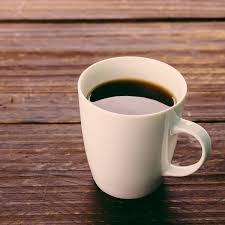 The Paradox of life which one would face was simple, live life or fear death. Each one chooses their way without ever truly giving a single thought about it. Just what he thought gazing down on his streaming cup of coffee. Lost again, not in thoughts no, his life itself. The thought of loosing his way all over again was depressing. Added to the fact that being bipolar for the last half of the decade didn’t make it any better.

Sure keeping his smile, the perfect disguise up all the time wasn’t easier, but surely a lot easier than to be naked with his real self out there. It’s easy to get lost in the unstoppable flow of time. Only those who remain close to you get to see you partially at least for you yourself never truly get to know you. For the rest you’re just a routine face that comes and goes.

Taking another sip of his blistering hot cup of coffee, all black and no sugar, he knew this coffee was much lighter and sweeter than most o his life had been, Bitter, dark, strong, not accepted let alone enjoyed my many but surely a necessity now, he smiled, “Funny how I can relate my entire life into this one cup of coffee” whispering as he blew on the strong fluid which was his closest friend now. The glitter of the knife in his hand sent shivers down his spine. Scared oh yes, but he was a lot more excited as he steadied himself for what was to be his final act. This was the day where he would finally give in.Having heard “each end was just a new begining”, he wondered what his afterlife would be.

Clenching his knife he had worked on for hours to make it sharp enough.“Perfect” he uttered as he could see the way he had sanded out the edges to make it as painless as possible. One last gulp of his coffee he arranged his cup in the perfect angle as always, his OCD wouldn’t let him leave it any other way even now.
As he was about to complete his deed which he had planned to perfection for months, for years, the unexpected happened.

A sharp buzz on his phone got him distracted, he chose to ignore it and pressed the blade on his wrist. But his rhythm got disturbed with a second buzz, third and fourth followed in quickly. Giving into the persistence of the person, he picked up the call to a very distressed voice broken by sobs. It was the one person he had hoped would never be hurt.

“One final time” thinking to himself, he got to work, doing his best to listen to everything she said, though he was vulnerable himself. He did manage to calm her down and an hour long conversation later he heard what he would describe was the most beautiful sound, her laughing. Saying these exact words “I don’t know what I would do without you, you’re the best” she ended the call. With this feeling surging through him, inspired to live on, to fight on , he dropped the knife and brewed himself another cup of coffee.

With the sound of bubbling water he realized though he was boiling, evaporating himself he could still become something great just like his coffee, someone’s passion,necessity, someone’s life. Finally it dawned on him helping others was the only way he could help himself. A with a smile he stared this new chapter in his life. Of course with “Another Cup of Coffee”.
5zAhmed

Never been short on time,, for that's the exact reason I rhyme,, not the one short on words, if it's wrong arrest me for this crime.....