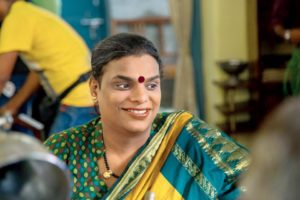 A story of a transgender , named kalki who was pursuing her graduate degree. One fine day coming back from coaching classes she felt to pee but due to locked female washroom she decided to use male washroom. The guy inside tried to shut her off but kalki decided to use that washroom itself since there was no  other option.

She exclaimed, being in democratic society we transgenders do not have washroom and due to which we people face a lot of problems.

When nothing worked out that guy, molested and later raped kalki, and asked one of his friends to get acid so that he can teach kalki a lesson!

When she got raped no one  came near to help kalki, but afterwards a guy came who helped her throughout her struggle to fight for her rights.

Suraj took kalki to hospital , it was quite difficult for him to convince doctors to take that case because even they refused to accept the case.

After all up’s and downs , suraj convinced kalki once she got fine that she need to hire a lawyer so that she can fight for injustice she had gone through

Kalki made up her mind and went along with her parents but nothing worked out , infact that lawyer misguided kalki and asked him to move back from this case. It won’t help her in any way !

When suraj got to know about entire incident he decided to send a good government lawyer at her place who can help her  genuinely, rather fetching all her money!

One fine day there was a descion day of a court , where the descion came in a favour of kalki  and a transgenders like kalki . Last but not the least the main reason behind all this scenario was kept under consideration and court appealed government to form unisex washrooms for all the third gender.

It was a right descion took by the  Government to promote equality all around the society.

Kalki’s culprit was asked for fine of 10 lakh rupees , the cost of gender transplantation. And then punishment of life imprisonment.

We all live in a democratic country but we forget to address issues regarding third gender . It’s high time we step forward and help them out.

So that they should not feel equally only in paper’s but in real mileu .