Skip to content
Home/Inspiring Story/….Because there’s always someone waiting for you

….Because there’s always someone waiting for you

(Disclaimer: A big disappointment to the readers who have started reading this article assuming it to be a love story, it isn’t a love story. But on the contrary, this is a story which majority of us can relate to and learn something from it)

This is a real-life story of a friend of mine. We were in the final year of our Engineering, preparing for the on-campus placements that are held in college.

He was pursuing engineering from the Production branch, which is considered to be the sub-branch of Mechanical engineering. The number of companies that visited our college campus was sparse for the Mechanical and Production branch. A lot of companies visited our college but their eligibility criteria were for Computer Science/ IT branch students only.

This friend of mine wanted to get placed, he worked very hard for the same. Then one fine day, a company visited our college campus which allowed the Mechanical and Production students to appear for the process. This friend of mine worked his a** off and appeared for the company placement process. The company was very strict with their process and he cleared all the rounds (Group Discussion (GD),2 Technical Interviews, Personal Interview). They were mighty pleased with him. We all had gathered to see him get placed and were quite confident that he will get placed.

But to everyone’s awe, he was not selected. Every one of us including our professors was surprised after the result. 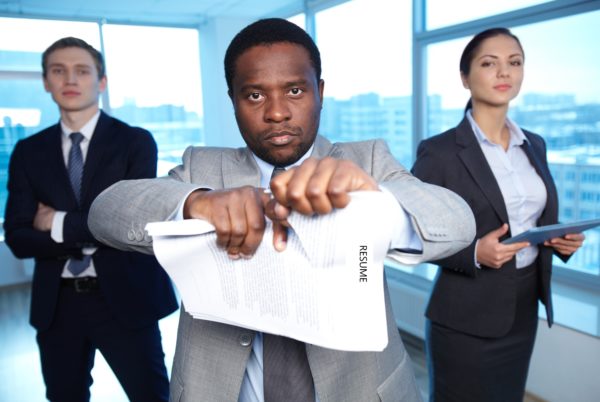 Some people later said that the company never wanted to select any candidate from the Production department, so the panel had finalized him but after a final call with the higher authorities, they stroked out his name.

Even after giving 100% and getting a no, hurt my friend. He was (but obviously) upset for quite some time after this campus process.

But he did not give up.

He worked harder. He kept enhancing his skills. He kept enriching his knowledge.

A few months later, another company approached the college for campus recruitment. Guess which was that company?

It was THE MERCEDES BENZ!!!

This time his hard work paid off.

He got selected in the company and now he is working in the R&D department of the company.

Had he been placed in the earlier company, he would have been a coordinator on the day when Benz visited the college.

Had he given up the hope of getting placed, on the rejection of the earlier company, he would have not been at this place today.

I share this story with everyone who gets frustrated with rejections.

Don’t get frustrated by rejection, don’t quit after a denial, maybe there is a MERCEDES BENZ waiting in your life too 😉 🙂