A father and a daughter were like a friendz forever. Their love can’t be denominated either can’t be delineated.
It was her birthday and most special day for him. But she doesn’t know how badly her dad waits for this day every year. Flip side, she hates the birthday bash. So her father never wanted to ruin her exemption. Thus suppressed his wish of celebrating her birthday.
18 years completed..
Again her birthday headed. As she was doing hard on her studies, she completely forgot her birthday. That month she wanted to join in a coaching institute for her upcoming competitive examinations. So she approached his dad to share her idea of joining the institute.
And after listening, her father asked only one thing which made her eyes wet and her heart as heavy as a big rock.

” What about your coming birthday!! Don’t you stay at home with us? “

The combined expression of shock and excitement in her father’s eyes made her realized how had been he waiting for his daughter’s birthday celebration in these years.
She felt shame on her for not being aware of his beloved father’s pure wish. And this left her dying every second.
She then decided to celebrate her every birthday with her mom and Dad. 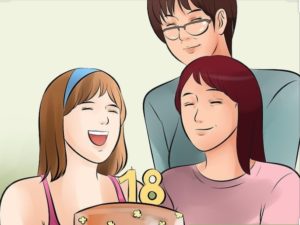 “Parents are the only one in this world who accompany you no matter what the situation is. They expect from you Nothing. More or less, just try to know their wishes and fullfil them. That’s what make them really happy content.”