Change Yet To be Done

When we hear the word “Change” what comes into our mind. Change in the opinion of society, change for women empowerment or what else? Here I am talking about the change in the outlook of society towards women which is still not done.

This story is about Muskan, a woman who strongly believes in women’s rights and always stand out herself from the crowd. When she was a kid, she used to think about being independent, earning money, moving around the places and imagined herself as a big woman. In a small age, she carried big dreams in her small eyes. She belongs to a high middle-class family where her parents have provided her not all the basic amenities & facilities but a very good standard of living and of course good education. Though her father was a little conservative. When I say conservative means her father believes that girls should be friends with girls only not with boys so he has sent his daughters to girls’ college. This seems funny now but once upon a time it was in fashion, co-education was not much popular in those days.

Muskan was a very bright student throughout her studies from school until college. She was always among the toppers in the school. She was the head girl till 8th grade, vice president & president in the intermediate in her school days. She has passed 10th & 12th grade with flying colors. She has cleared engineering entrance and got admission in the topmost college of Uttar Pradesh. She was a brilliant student in her engineering too. Now a new journey of her college days has started and shown her some glimpses of real life. She came from a girls’ college, very hardworking, simple & full of discipline. In college she was getting experience of casteism, favoritism, politics, buttering of professors to get good marks. In spite of the crazy college life and changing colors of the students, she remained simple, hardworking & self-discipline throughout her college life. She has presented various papers, became a member of various groups in the college. She has won the scholarships in all the years of her engineering. She was placed in her 3rd year of engineering in one of the good Indian MNC. The moment was full joy, she was feeling as she was flying above the sky, feeling as the whole world has smitten in her palms.

Finally, the day has come when Muskan has completed her Btech and joined the software company. From now her journey from college to corporate has started and the turning point of her life has begun. She came far from home and that was the first time she came so far, all alone in the new city with a new beginning. That was the place of her dreams, her independence. That was the time she was surrounded by strangers, a new language, new culture, new friends and many more new adventures. She was never gone out without her family. Her father has shown her most of the places in India during the summer holidays. Now she used to go out with friends & colleagues. She was experiencing life where there is no barrier, no one was there to question. She was dreaming of the place since childhood where she can live freely & should feel protected and the first & foremost thing was the respect of the women. She got all these qualities in the city where she has started her first job. Gradually she started encountering the bitter experiences from room sharing, corporate politics, diplomacy & true colors of people. She has joined as a software engineer though she has done BTech in Chemical. She did not like software designing. She tried various verticals in the software industry. She was very simple because people did not appreciate her much. She was not good at communications which turned another hitch in her career. Now she was feeling a lack of confidence & lack of self-esteem. But she did not give up as she was the lady with strong will power which was the biggest strength of Muskan. She has put a lot of efforts in terms of communication & chosen her career path. She has gained tremendous confidence & success though she has seen lots of ups & downs and her self-belief never diminished. She earned a lot in terms of money and made her life that way she dreamt of. It’s a famous saying “Our beliefs, become our thoughts, our thoughts become our dreams, our dreams become our actions and our actions become our destiny”. She faced a lot of challenges but never comprised her values. As time passed away, marriage becomes the biggest thing in her life. She has seen many guys with her parents’ choice even she tried from her side as well. But nothing worked out. Finally, the day came, she has chosen a guy through an online marriage portal. As her dreams of career, life partner was equally important for her. That’s why she was very particular about her life partner. She found the guy who was very caring, simple, honest, respects the women and most important a good human. But as she took the decision of marriage very late, she was feminist and always stood out for her rights, she faced a lot of challenges in fixing marriage and preparations for marriage. “One has to pay to live life at her/his own terms”. And “when there is no pain, no gain”. She was very much excited about marriage and in her courtship period she was loving to talk to her future partner but suddenly some issues happened between Muskan & her future partner. Though the D-day has come. She got married to that guy. But bitterness has come in between. The newly wedded couple could not enjoy their new married life. Soon Muskan realized, that she has come to the place where women especially women who come after marriage do not earn respect and women’s rights. Being a feminist, she faced a lot of traumas, abuses, and the biggest set back was her career which she could not continue due to trouble at home, The non-cooperative nature of her husband and circumstances aroused that time in such a way so that she has quit her job. She was traveling a lot per day for her office due to that her health was hampered. She tried for family planning but due to a lot of stress and bad health & stressful environment at home, she could not conceive.

All her dreams have shattered like anything, she has lost her hopes about marriage, good life & career. Some time situation became worst and reached to divorce but she caught hold of the situation and done proper introspection of it. She has given chance to her marriage twice and the second time she has put a lot of effort. Now she is supporting her husband in his business, working as a social media manager for her husband’s business. She tried hard so that her husband can get recognition in society and get success in her business.

Still, Muskan is facing a lot of family politics and less support from her parents & siblings though she is confident, full of hope. Her will power and outlook towards life are very positive.

Change starts from home which is still not implemented fully.

Women should stand for themselves and should be aware of their rights. 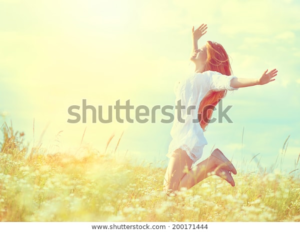 Women are the pillars of our nations. And pillars cannot be broken!!

My name is Ruchi. I have born and brought up in Kanpur. I have done BTech from HBTI, Kanpur and having 11+ years of experience in the IT field. I am settled in NCR after marriage. I am a feminist and always stand out from my rights. I have power to say if something will go wrong.