A narrow beam of light fell across my face, revealing the dried, matted blood from my injuries. I knew I was barely alive but I also knew I was going to fight to stay alive.

The creature that lurked around my fallen body was a man-made creation. A humanoid robot following an explicit command: Destroy all humans. They were a formidable force of ten thousand and they had already wiped out most of the population on Earth in a span of ten days.

Now they were here to kill me, their creator.

I had no idea who had corrupted their command by overriding my authority. They had been created to be the saviours of mankind, not the destructors.

When the government had approached me to mass-manufacture my robots, I had been ecstatic. They were the answer to a safe and hygienic disposal of the humans who had died because of the global virus epidemic.

The Botobots, that’s the name I had given them, were multi-functional. I had worked for over a decade to perfect the ultimate caregiver for those who required palliative care. A Botobot could do all the things a human nurse could: bathe, change diapers, cook, clean and feed its patients. It could also read for them, give them warm hugs and tuck them into beds.

A few months ago, the virus struck with all its intensity, wiping out all those who stood in its way. The most affected were the doctors and nurses. If they were going out of action, who was supposed to nurse the ill back to health? Who was supposed to stop the virus from spreading further?

That’s where the Botobots came in. The people in charge of the crisis believed that if the Botobots were commissioned into action, they could easily take care of the patients and bring the situation under control. Other humans wouldn’t have to be anywhere near the ones struck by the virus.

Of course I agreed. Who wouldn’t want to be the saviour of mankind? I allowed mass production and within a month, we had a force of ten thousand, magnificent Botobots.

They performed their tasks with due diligence for fifteen days. Then someone, uploaded a virus in their system and they started their wild rampage. They weren’t equipped with any weapons but they were swift and strong. And they were indestructible. They couldn’t be shot at or bombed out of their dangerous existence. Their system couldn’t be hacked.

That was what bothered me. If they couldn’t be hacked into, then why had they turned into killers? How had they received that command?

Botobot 1 stooped down on its haunches next to me. Its human features were eerie even though in a moment of vanity, I had given it my likeness. It also had my voice. B1 stroked my hair with a false display of affection.

“You gave the command, doctor,” it answered my unspoken question.

I wasn’t surprised. Botobots could hear my thoughts. I didn’t ask you to kill people!

“You gave the Command: Clean-up Earth of the virus.”

I meant the virus that was killing humans!

B1 titled its head to give me a curious look. “Your command was specific, doctor. Clean-up Earth of the virus.”

I meant the virus!

B1 smiled. It looked endearing and innocent. “We followed your command, doctor. We have cleared Earth of the virus called Human. I assure you, once the humans are gone, the Earth will flourish.”

I closed my eyes. I had no idea what was in store for Earth after this. But B1 was right. Earth was going to flourish. 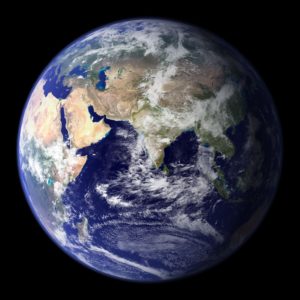