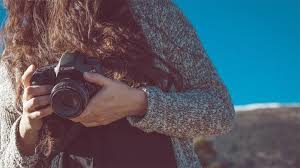 What have I done to deserve this? All these years of hard work and this are where I end? I should have chosen an easier path finished my studies and took a job like everyone else. I feel so stuck.

These thoughts ran across Mayuri’s mind as she walked to her car out of the US Embassy, it was the third time her visa application had been rejected even after getting into her dream film school.

As she walked to the car where her dad waited eagerly to know, she could imagine her father’s face turn blue.

“How did it go kid?” her father shouted peeping out of the car window and then immediately got off the car seeing Mayuri’s disappointed face,

“I didn’t get it, again” muffled Mayuri “I should have listened to everyone after the first time; I just wasted my time and your money”

Her father leaned in and hugged her “they don’t deserve you kid! It’s their loss”

“You know what, come with me kid I will take you somewhere “

“Dad I am not in the mood to do anything now, let’s just head home “

“Just get in the car kid, I promise you will feel better “

Father drove for a while in silence and then parked the car one side of a loud old Delhi street. He then got off the car and asked Mayuri to follow him.

They both entered an old building which looked like a factory that had been turned into a medical clinic. It was crowded with people who looked sick and were waiting for their turn to get inside a closed chamber.

After some thought Mayuri replied “I love creating and telling stories, they have always inspired me and it is all I know I am capable of .So I want to make films that can change the world “

“So why do you need to go to US for that? You can tell stories right now, right here “

“DAD! “  Mayuri Shouted annoyingly “I first need to learn, get a degree and only then someone will hire me”

“You see all these patients lined up here kid , they all come to get checked by a doctor who doesn’t have a degree to prove his abilities but is still capable of treating them well “

Mayuri shocked “So how do they trust his knowledge? He can be a fraud “

“A degree doesn’t guarantee quality kid, it’s the will that does. A will to change the world, a will that the doctor inside has; a will that you have. He could never clear any of the medical exams because he wasn’t fluent in English but he studied everything  that a doctor does in medical school and when he was done, he started treating people for free, and look at him now he is helping the world and these people don’t care for his degree “

Mayuri couldn’t believe it was possible to be a doctor without a doctorate she went closer to the chamber and saw the man inside with his patient doing his work as good as any doctor does; she questioned everything she was ever taught about how important it was to get to a good university and secure good grades, she wondered if any of the filmmakers that inspired her were impressive because of their degrees.

“Dad, Can you get me an interview with this doctor? I think I am ready to make my first film!”