Hello! First of all, I would just like to introduce myself. My name is Catherine “Cathy” Roque from the Republic of the Philippines. I’m already a working professional; I have almost 9 active jobs from all over the world. But what I consider as my main job is the one I have in my home country- the Philippines. In which I am serving my fellow countrymen as one of the members in the government (don’t get me wrong, I’m not a public official or whatever that you may think that can arise from overthinking). I am just one of those who help and serve the Filipino people. Intrigued by my story? You will learn about it in due time but for now, I’ll be sharing some positive real life encounters that I have had with the people I know and some strangers. 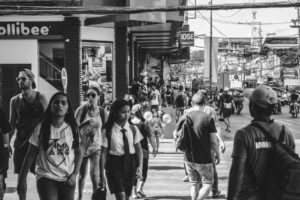 Now for my encounter summary of; no specific dates. Just take this as something it happened. Life is good. For the initial separate encounters, these are short and random done by random strangers in every public place that you wouldn’t think they will do as individuals. These are my random 2019 real life experiences.

First, I was riding a bus ride home from work. Every single seat was taken. There were a lot of people standing up at this night rush hour. Nobody was giving up their seats. And nobody expected these people to give it up. Everybody was just so tired and just focused in getting home. Suddenly, the side in which there are three seats in which I’m facing, a lady stood up to get off the bus. The guy tapped me and said, “ate, oh. Upo ka na”. Reserved the other seat. The girl (sitting) looked at the window then all of the sudden, another girl (who was also standing) immediately sat down to where I should be sitting. I just smiled. The guy told his girlfriend (the one who looked out of the window), “Ano ka ba. Bakit mo hinayaan?” The girl simply said, “eh” while raising her shoulders*. The guy said, “Ay. Dun ka dapat Miss eh. Ni-reserve ko na nga”. I in turn simply said that it was okay and smiled.

Second, another bus ride home. Different days. Different hours. I was just minding my own when for the whole two months of when these random people either reserve me a seat, give up their seats or help me not to fall when I’m reaching in for my bus fare. There is this one instance when I was standing up and the old man beside me who is sitting down told me that there is a seat in front. Nobody wants to sit. He kept insisting that I should sit down. I don’t want to because it’s far from me. Somebody who is closer to that free space should be the one sitting down not me who is 7 rows away. The old man got irritated with me after insisting it three times that I should sit down; he stood up and demanded me to sit down from his seat and he will just take that seat in front. There is another one incident inside the bus, I was sitting on the side for three people. I felt something brushed against me. I saw coins falling down. I asked the guy beside me if those were his and he said no. He said that it was mine. I got confused and asked him if he was sure. He said yes that it was my money not his. The coins were in between the two of us. So if its not mine and not his then who owns it? And it fell between us, between our open pockets. So to close it, I took it and see who could own it. I’m still not sure who owns it. I don’t believe them that those coins were mine to this day.

Third, a lady from one corner of a service road, smiled at me and said, “Good morning”. I don’t know who she is till this day. But she made me smile. I passed it on to the next stranger.

Fourth, a security guard was just standing by the side of a pedestrian lane while I’m on my way to work. He isn’t assigned to and in the streets. He just wants to stand there, chilling. Then suddenly, he helped me cross the street. He stopped all fast moving vehicles with his hand and whole body just to help me cross. As of this writing, I still see him do that every working day during early morning when he is not yet needed in the building he works for.

Fifth, when I arrived from the venue of our office sports fest, a “mangtataho” welcomed me with a smile and a “Good morning po. Taho po”. I bought the biggest cup upon my return.

Sixth, a lady from the jeepney assisted me when I hopped in the jeepney; to break my fall.

Life is really beautiful. Have a great week ahead!

Hello! Nice to meet all of you. I'm Cathy Roque from the Republic of the Philippines. I'm Inspitale's Program Manager for the Philippines. Let's collaborate and make this world a better place. Both online and offline. Questions? Concerns? Hit me up!