It’s time for a favour!

I see various things that are going on everywhere
I see people, their shoes, the way they talk, the sass behind their back
& their looks behind those in their good books.
They speak about something but they consider things differently
and sealed because they truly want themselves to be concealed.

The things those extremists carry inside is the waywardness of their instincts.
Their Insight is too tight to fit their Jeans right.
My eyes are over them covering them with my neat glare.
I sense those ruling the cosmos but eventually forget to switch on their light.

The generation, its people
the newly wedded couples and the age-old buffers
For every great history
It’s just a word for those revolting sweet past mysteries
Overlooking the reason behind some mindful conversation’s
They say
It’s us – The new generation

Today the stories are those where the reality fades
and the faded one is the reality being made
The short stories carry so much in them
Reading big heavy books being opposite of Carpe diem
People stand in long queues in banks to en-cash their e-pockets
overloaded with Loans, Unable to bear the prone

Bold is beautiful is only for Myntra
here the Bold is running out of some grammatical tantra
The Knife of a butcher has that shining blade
but the goat exactly knows its fate
people are relishing the meat of that poor animal
but people are today’s animals
yes, they are fucking animals with no or fewer brains
they sound like crap, filthy glaze, and despicable shades

The nation lost its prophecy to these band of orange clothed men
who try to claim themselves to be god’s servant
Servants are there to serve you, being poor
masses grab their ass looking forward towards another one to dish-up.
Now, Someone had to clean the shit up

Sad – Sad is such a sad word
I feel sad for that body-shaming bitch
I feel sad for those money laundering schemes
I feel sad about those hackers who hacked cash-mills
I feel sad for those thousand employees ill
Some are kicked out without prior information -without a proper reason
the world is so round, people lack commitment
borrowers and bootlickers at the Organization
They receive the highest rating compensation
Of course! They too are a part of this nation!
Now, that’s our generation!

So, Hey Lovely People
it’s time for a favor! 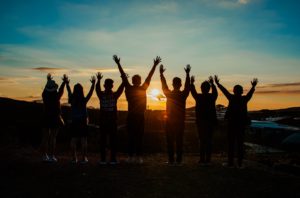 Photo by Min An from Pexels