Journey of a Little Girl 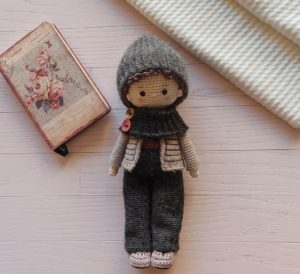 A girl was born at a crowded place in India but unlike others, she was quiet and shy and had a dream “to change the world” which was written by the god itself in her veins But the dream remained hidden in herself because it was a challenging task for her to help others in this much crowded city. So, she made a perfect universe in her mind where she could do whatever she wanted to do and cut herself from the real world.

Then she started falling for each guy to whom she found attractive and cry for them when she was not able to make them fall for her. One day she met a guy who completely changed her life that guy used to treat her miserably that she started hating herself and wasted her two years on that guy.

Here the growth of that little girl started where she could not understand anything but went into depression. But this time that little girl was frustrated from her life and wanted to change herself as now that little girl has become an adult but still she was a little girl from the heart. Therefore, she decided to join an NGO where she can give love to kids and find happiness and her life started improving then she joined a gym where her physical and mental health was gradually started improving. Everything was going awesome according to her plan, but suddenly she met to a guy in her NGO who fell for her in the true sense and she could see that love from his side but this time the girl was not ready to love but she didn’t want to break his heart.

That’s why she accepted his proposal. In that period of time, the way that guy treated her made her feel special and she started loving herself but she couldn’t be selfish because she never fell for him and was not satisfied with her decision to live with the guy. After 6 months, the girl finally decided to tell him the truth and told everything but the guy was mature, he accepted the truth and left with the broken pieces. That period in her life was hurtful and peaceful, Hurtful because she hurt someone who used to love her and peaceful because it was painful for her to live with a guy to whom she couldn’t love.

After all those years in her life, she finally realized that she never loved any guy but that was just affection towards them because she never learned to love herself and used to find love from the external world. That was the turning point of her life because here she started learning new things and loving herself. She was becoming independent and never demanded love from anyone again. Still, she has not reached her goals but she is happy and satisfied because every day she is doing something unique which is making her fall for herself and becoming a masterpiece.

Here is a small moral of this story:

“Until you don’t love yourself, No one can love you”

welcome to my writing world. here you will find yourself via reading my amazing stories!!!