Born in a small town with a golden spoon in her mouth, she was different from others. As she had an unusual attachment with those who are not humans and belong to the voiceless category of living beings. 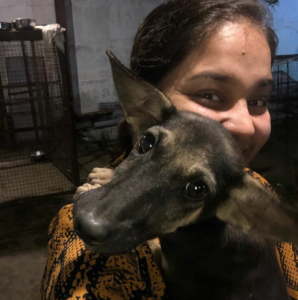 Her dreams discovered wings and were ready to fly high. But didn’t know how to pursue them. Then on her birthday she got the best gift of her life a puppy by her friend that changed her life completely. She started caring for him like a child, which made her realize the suffering of those who are living a miserable life on roads. That day she decided to do something for them, adopted vegan life.

She chose not to join her father’s business and asked her father to own a big land where she can open a farmhouse for all the strays. It was a hard decision and a big challenge for her as startups like this, in a small town are very difficult to run. But she was sure, she was firm, with opposition from her family she stood by her words and finally, her father agreed and allotted her a big land, wherewith a vision to help needy animals she opened her farmhouse.

She believed, “The key to success is to focus on goals, not obstacles”.

So finally, in 2014, her farmhouse was started. With no support from her family, she joined a local job and with her earnings, she started treating animals. On her off day at job i.e.  Saturdays she started visiting colleges, universities for awaring people about her farmhouse, for asking all the animal lovers to join her hand and be a part of her startup. So a guy came in, the best part is he was handicapped, was having only one hand but his passion was endless. 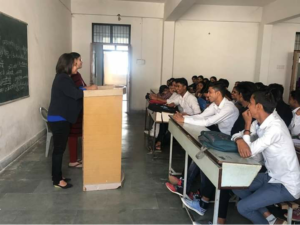 Later on, some good veterinary doctors also said yes to help her when she will need them. They became a family of 50 animals including paralyzed, sick wounded dogs, abandoned cows, etc. 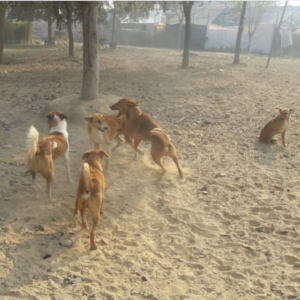 After 3 years passed away like this she started raising awareness amongst others to adopt veganism. As her father had a mall in the city so she started writing quotes on tissue papers and started distributing it to all the visitors. Gradually, with the help of Facebook and WhatsApp, they formed a small group of people and started doing rallies with posters, awaring people to adopt veganism which is not only healthy for us but also for animals, environment and must for maintaining balance of the ecosystem.

In her journey, so many people came forward, so many took steps backward, but she was strong enough to handle everything on her own.

“Push yourself, because no one else is going to do it for you”.

Last year only she gave a name to her farmhouse turned non – government NGO “A.P.E Org” with an initiative (Save animals Grow plants Live well)

Now, there are more than 100 animals, living their life without any fear, they are given good food, good treatment and good life.

The question is what’s so indifferent here that motivates us. She has all the resources so how it was something which is commendable??

Yes she was rich, wealthy. She could have joined her father’s business and live life like a princess. But she chose a path which goes to those who are being treated badly by us. Kicked and still wag their tail.

She inspires me and all those who think only money is enough to do what you want..

No !! It’s not money, it’s your will power, your vision, your thinking to bring a change in the society.

That one thinking in her mind about “freedom” and “self-realization” for all those strays, who also have equal rights to live in, to feel free and be happy.

Now she is around 28-29 still serving them and living her life surrounded by those who actually make her feel loved and happy.

It’s about one move, one passion and hard work that may change not only yours but those lives as well who are considered as voiceless angels sent by the lord on this earth to live equally in coordination with us and love us unconditionally.

“Diamond is merely a lump of coal, that has perfected under pressure, and she just wants to shine like a diamond and create a perfect example for other millennials”.