My Voice Against Body Shaming

This story is about a simple girl who had a dream, this story is about a courageous fight, this story is about an initiative to change the mentality of at least a few people of our society. Yes this story is about me. In our society the girls who are not fair, who are not slim are said ugly. I have been hearing this thing about my mother since I was a kid. I tried a lot to change the mentality of people around me but I failed. After 2017 when I put on some weight people started saying the same thing to me. I was the first runner up of a beauty contest in the year of 2012.After that I also worked for some small modeling assignments. But suddenly all the things changed just because of the change in my figure. People in my locality started saying me ugly. People started rejecting me from modeling assignments .I was rejected in more than 20 acting auditions just because of my figure. But every rejection had given me more courage. I started doing anchoring on various television channels. I was selected as the radio presenter of All India Radio. At that time my mother said that it was the right time to do something. She made me realised that always shouting does not lead to protest. In the year of 2019, I decided to register my name in a beauty contest. That time people suggested me to not to go for the beauty contest because I do not have a flat tummy, I do not have a slim body. I knew it that I did not have a proper figure but I had confidence. And that time I wanted to prove that beauty is not what can be seen only in the eyes. beauty is confidence. After getting selected in top ten I faced a different issue. Some of the competitors started making fun about my figure. They were trying to make me realize that the contest was not for me. That time I was not fighting for me but I was fighting to change the mentality of at least some people. On the final day I faced every round with full confidence and I won. That winning was the protest against body shaming. I know still most of the people of our society measure the beauty of a woman by her looks, figure and complexion. May be my protest was a not enough to change everyone in our society. But I fought in my own way to make at least some people realize that beauty means confidence and every woman is beautiful in their own way. This is not the end. This is the beginning. I was fighting, I am fighting and I will be fighting against body shaming. 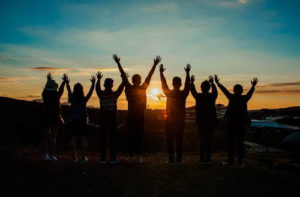 A straightforward girl and a dedicated Radio Presenter.