The little girl waited for her turn to compete. Her pony stamped her foot, irritated at the flies buzzing restlessly through the warm up arena. Slowly, the little girl turned her head and looked over her shoulder, hoping her parents had managed to come and watch her performance. They loved her so much, but they weren’t like the parents of the children she competed against. Her father groomed their horses and her mother cleaned their houses. She was almost always on her own when she rode, watching other children come out of the arena and fall into their parents’ arms, sharing a moment of pride. Sometimes it hurt, but she was determined to do well. Then she could tell her mum and dad all about it afterwards. 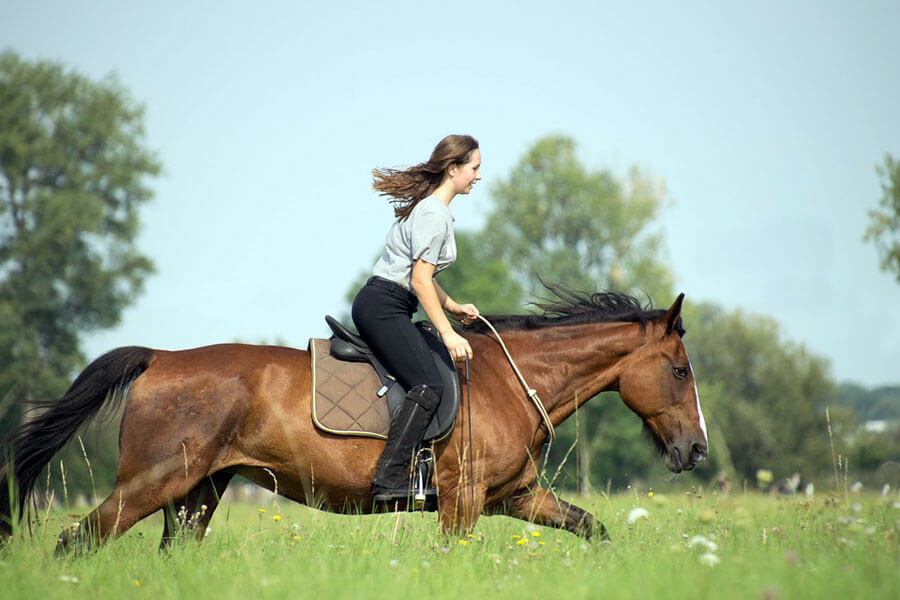 My name is Rhiannon and I have been training and competing horses, as well as coaching, for most of my life. I started at a disadvantage; despite begging my parents for years to have lessons, they deemed it too dangerous and I only won them over at the age of twelve. I wanted to compete at the highest level and I wanted to win. This would be a massive challenge as most of the people I was competing against had been in the saddle since they could sit on their own. Nonetheless, I had a successful competitive career until April 2008.

My mother had always been my biggest fan. She never missed a show, and hardly ever missed a chance to watch my lessons. She ran around the show grounds every weekend making sure I had the right clothes on, enough to drink, and someone to smile at in the audience. She was diagnosed with motor neurons disease and in April 2008, she died.

I was on a horse the last time I saw her. She had managed to come out and watch me compete on the day before she died. I still remember her sitting in her wheelchair, seemingly so far below me, as I came out of the arena with my first place ribbon. I couldn’t see her face properly, but I know she was smiling.

After her death, I continued to ride horses, but nothing was the same. Every time I competed I found myself scanning the audience for her face. Sometimes I even saw it there. The whole process was empty, and in the end I couldn’t carry on. I had lost my mother and my passion, and had nothing to do but move on with my life.

Years later, I was asked to teach some children; a friend of mine, their coach, was going away for the weekend. I found myself extremely excited, and by the end of that week I was hooked. The following Monday she asked me to stay on, and I resigned from my job in the corporate world and never looked back.

It was her turn now, they had called her name. The little girl made her way into the arena and patted her pony reassuringly on the neck. She wasn;t alone, her coaches were rooting for her. She heard them calling her name as she cantered her pony past the gate. The bell rang, and the little girl started her round. Focusing her pony she cleared the first jump. She breathed heavily with nerves and looked for the second. Clear. They were flying now, and the little girl tingled with the same elation and sense of freedom she always did when she jumped her pony. Nothing in the world felt this good. She was almost at the end of her round now; only a few jump to go. The sand made a clinking sound against the jumps as her pony’s hooves kicked off the ground and the wind rushed past her ears. The bell rang. She had made it through the first round. She looked over at her coaches, her grin mirroring theirs, and exited the arena. All she had to do now was make it through the next round as fast as possible, and she had a chance for the win. She hugged her pony in ecstacy and sighed. How lucky could one little girl get.

In South Africa, equestrian sport is reserved for the wealthy. When I was young competitor you never saw black people on horses unless they were exercising them for the wealthy owner. Over the years, times have changed, and now there are programs which scout for young people, ‘previously disadvantaged’ by the legacy of the apartheid system, and teach them how to work with horses. We call them ‘development programs’. The children often live in slums, what we call townships, and many do not have access to running water and electricity. Grooms and cleaners are paid a pittance, and cannot afford for their children to partake in sport. This is where my friend and I found our passion.

We started our own development program teaching the children of the grooms who looked after our horses, and it didn’t take us long to notice they had something the other children didn’t. Hunger. They wanted to win, and they revelled in every moment they got to spend with the horses. Not once did they take any part of the experience for granted. As the years went by and our program flourished, the development riders became the stars of the stable yard, creeping up through the rankings with both magnanimity and determination. Teaching those girls became the highlight of my day, and they were there every day.

It was time for her jump off; her round against the clock. The fastest clear round wins. The little girl patted her pony, smiled to herself and waited for her bell to signal the start of her round. All eyes were on her now. She was the only black child in the class. Her pony wasn’t pretty, or glossy or expensive but she had heart. They were a team and they loved each other.

“Just have fun,” her coach called to her with a reassuring smile. She would have fun. She always did when she was with her pony. She had lots of fun, but she was also going to win.

When times changed in South Africa, we found it increasingly difficult to afford to teach the development riders. We taught the lessons, provided the ponies and transported them to shows at no price. As the economy collapsed, people stopped riding horses due to the expense, and we were often kept up at night trying to imaigine how it was all going to work. One look at their faces, though, and we had no choice but to make a plan. We ran a riding school, and our paying clients often competed against the development riders. We put out a message to all our clients and associates, and what happened afterwards was one of the most inspiring moments

I’ve ever been a part of. Every person we knew heloped in one way or another. The girls got new jackets, new boots, lessons paid for, transport, everything they could have asked for. The smiles on their faces will remain vividly in my memory for as long as I live. Now they weren’t kitted out in frayed hand me down, they entered the arena like princesses, pride oozing from their every pore.

No matter the hardships these children face, no matter how often they watch their contemporaries spend thousands on equipment and hundreds of thousands on the best ponies money can buy, they ride into every arena with their heads held high, and often, they win. They come to shows alone as their parents are working, and without any help, other than from us, they get their ponies ready, they walk the courses, they warm up and they compete. To top it off, they always help the less experienced children too. I know for a fact I would never have been able to do as well as I did without my mother beside me every step of the way.

These children have inspired me in ways I could never imagine. I have become a totally different human being since I started working with them, and I’ve never looked back. Already these children have skills I often see lacking in many adults I know. When I work with them, I always feel fresh, no matter how tired I am. They have taught me as much, if not more, than I’ve taught them. Each one of them sets an example for all of us about how life should be lived; never take anything for granted, go out there and do your best no matter what the circumstances, and most of all, help the people around you even if it seems they are better off than you are. This isn’t just about horses, this is about life.

The little girl focused at the sound of her bell and kicked her pony into a canter. This was inter- districts and she was super-focused, despite it being so close to the end of the day, despite how hot and tired she and her pony were. After all, it was only one more round. She ran the course through her head, planning all the tight turns she planned to take to save time. Then, sooner than she anticipated, she was through the start. She rode as fast as she and the pony could manage safely, and over every fence she was already looking for the next one, planning her route.

They always raised the fences in the second round, and the penultimate fence seemed huge to her. Still, she was almost there. She put her pony as straight as she could and squeezed her calves around the pony’s sides to reassure her, perhaps a little too strongly. Her pony leapt for the fence a stride too early and her body jerked as she was jumped out of the saddle, unseated by the power her pony had to unleash to get them both safely over. She tried to regain her balance, but it was too late. Despite her pony’s attempts to help, the little girl flew off and hit the ground with an almighty thump.

She lay there for a while, not moving as she tested all her limbs for serious injury. Her coaches and the medics rushed into the arena, but she wasn’t badly hurt. “An unfortunate elimination for number 11,” the announcer called over the loudspeaker. Tears pricked at the corner of her eyes. She had been so sure she was going to win. “Are you sure you’re alright?” her coach asked. She nodded, not trusting herself to speak just yet. She swallowed a few times and turned her tearstained, sandy face to her coach. “Next time,” she said. “Next time I’ll win.”