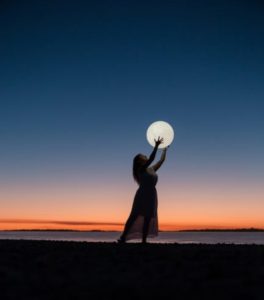 In a Patriachical village, was born a beautiful little girl, affectionately named Pihu. She grew up and turned out to be very brave and fearless.

Pihu was very fond of those activities, in which only boys were encouraged to participate. But the women of the house always tried to keep her away from such exposure. They forced her to take interest in household chores.

Still, Pihu started taking part in wrestling matches, fist fights, tug of war and such male-dominated activities, without permission from the elders of the family. Winning in all these events, she now dreamt of becoming a famous wrestler one day. She started working hard towards achieving this goal now.

Noticing that Pihu was now crossing her limits, the village head announced a wrestling match between Pihu and Shankar, who was the strongest wrestler of the village. In this match, Shankar was told to molest Pihu in front of the entire village, so that she loses her respect and confidence completely.

As decided, the match was held and plan was successfully implemented. Though Pihu was capable enough to beat Shankar, but such a sudden act shocked her. Before she could react or resist, Shankar took over her.

People now humiliated Pihu badly. They threw stones at her and called her shameless. Sexist slogans like, “know your limits girls” , “teach girls not to be like Pihu” were chanted in the village.

Feeling ashamed, her mother locked Pihu in a room. Pihu now started feeling depressed about this entrenched prejudice against women in the society. Still, she begged for forgiveness and was then released from the room.

But she was completely broken from inside. No one now cared to understand her. Even her close ones paid no heed to her feelings now. She was ignored by everyone.

She screamed and cried in loneliness, but silently somewhere, her cries went unheard.

Her voices never reached the ears of those chauvinists, her tears went unnoticed on the floor. Everything was lost for her.

But once again, life gave her a chance to prove herself.

A wrestler named Sheru dominated the villagers and behaved like a dictator. For a few days, this continued.

Seeing this, Pihu felt a little better, thinking that villagers deserved such a treatment. A thought crossed her mind then, that made her feel strong again, after which, she decided to follow her heart and geared up to fulfil her dreams. This, she thought would be the only way to prove herself and her ambitions right, in the society.

After gathering a lot of courage, she told her mother that she can defeat Sheru in a fight. But, Mother told her to quietly stay away from all this now. Her mother warned her that already her future was dark.

But, this time, such statements were not affecting Pihu at all. She decided, not to listen to anyone and to go ahead with the fight.

Next day when Sheru came, Pihu fought with him and defeated him. All the villagers were surprised and at the same time, were ashamed to see this. Next, she went to Shankar and defeating him too, she taught the people in the village, the best lesson ever- That girls are no less than anyone.

Everyone, including Pihu’s family felt guilty now, because of how they treated her. They all pleaded forgiveness and applauded her for successfully getting the village rid of a devil like Sheru. All of them now felt extremely proud of her.

Since then, women in that village face no discrimination and are considered equal to men.

Though the people tried to break Pihu’s wings and cage her for life, but all this couldn’t stop her from flying.

She continues to fight and has emerged as a true winner today. She lives with her head and chin up and is a source of inspiration for all.

Greetings! My name is Aanchal Bharara. I am an amateur writer and playing with words has always been my first love. I have been a co-author in an Anthology named 'Love of the Times'. On a regular basis I post my quotes, stories and poems on Mirakee and on my Instagram handle. https://instagram.com/inscribedwritings?igshid=t5a2b1s5kz4m Also, I have been designated as 'Literary Colonel' on Storymirror.com Have won several online writing competitions also. With these small-small tokens of achievements, I feel encouraged to write more and to reach more people through my writings.