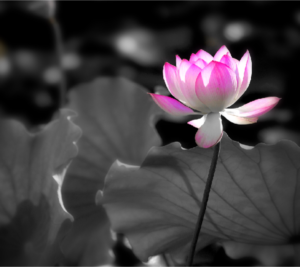 The clock on the emerald green wall of her room is striking half-past one, while the lady on the bed, is turning sides. Her heart today seems overwhelmed, wrapped up in a mist of ambivalence. One half of her heart is pounding with joy, restored in the future she has carved with her blood and sweat; whereass the other half, reflecting on the demons of the past, floating as wet pearls in her deep-dark eyes. While looking towards the moon outside of her window pane, she is counting the wet seasons she has survived. Today she is content with, and enlightened of the fact that life is all about perseverance and hope, following which the darkest of the nights can be turned into illuminating dawns.

You must be wondering who this “She” is? Aparajita, that is what I would call her. As her name suggests, she is an embodiment of unconquerable spirit and hope. Once a little nymph with a broad smile on her face, excellent in both sports as well as academics. Being academically superior, at a very young age she dreamt of being a doctor in Indian Armed forces. But what life holds for us in its ever-uncertain realms, is beyond prediction.

It was when Aparajita was justf fourteen one fine evening she experienced a sharp headache and felt unconscious. After sometime she came back to her senses, but took it as a symptom of mere giddiness. At midnight, following that evening she again experienced multiple episodes of similar spells. Unable to breathe and speak, she was helpless to tell anyone, but fortunately her deteriorating condition was noticed by her mother. Taken to hospital, and after multiple tests and scans, she was finally diagnosed with neurocysticercosis, an infection of the central nervous system caused by tapeworm, Tenia solium.

This was obviously a nightmarish turn in her life, which almost eroded all the tiest towards her aspirations. For now, she has to deal with the heavy dose of medicines thrice a day, which often left her drowsy and restless. Along with these physical issues she has to deal with episodic seizures often leaving her drained and choked. She started being blank, forgetting pretty things too often and usually feelings of being lost shook her whole existence. But irrespective of all such issues she always kept on illuminating her darkest moments through perseverance and hope residing her heart. As time passed she learned to compromise with her situation. And soon after completing her schooling, she again strived for her dream which shattered into a thousand splits, as soon as she came to know that she can never be medically fit for the armed forces. And because she cannot get up till late nights and cannot take the pressure of studies, she has to leave her aspirations of being a doctor as well. Though crushed under the truth of her situation, yet she nurtured her dreams. Her dreams ruined, her efforts wasted, not once but multiple times, still what kept her going was her stubbornness to achieve what she desired. As a Phoenix, she rose again and again from the ashes of her broken aspirations.

While recounting her journey, sleep is in absentia from her eyes tonight. Tossing on bed with wet eyes, she is celebrating her adamance to not to surrender but overcome the incongruencies of life. Tomorrow she will be awarded with her doctoral degree and will be addressed Dr. Aparajita thence, a dream she always cherished and endeavored for. She is now an epitome of patience and perseverance, who is inspiring the world around her through her lived stories.

Mamta Dorbi was born in Ranikhet, Uttarakhand, India. And is currently a Research Scholar in the University of Lucknow.