Anisha always looked up to her father as her idol right from her childhood. She felt he was the best man that existed on Earth. Bubbly, happy, chirpy Anisha reached her teens.

Her teenage years were her turning point in life. She felt her mother was unhappy somewhere in her heart. That sadness on her mother’s glowing, beautiful face set her to think. Anisha had a brother but was too young to talk to. She confided in her father. That conversation broke something in her heart. She could feel the vibes of situations going haywire.

Anisha’s mother was a quiet and an introvert soul. She started conversing with her mother more often. Slowly Anisha realized the presence of a third person in her parents’life. She was shocked to know that the father she idolized was so indifferent to the woman who was nothing but an epitome of love. Her father’s rude behavior had hurt her mother irreparably.

She now watched her father more closely to find out the matter. He was always on the phone, came home only to misbehave and be rude to his wife. Anisha soon identified the woman in her father’s life.

She started feeling helpless. She in numerous ways tried talking to her father but Everytime her father blamed her mother’s thinking and perceiving things wrongly. Anisha now could feel her father’s aggression increasing towards her mother because he felt that his kids, especially Anisha were drifting away from him.

Anisha gradually became her mother’s soul sister. Her mother poured her heart out to Anisha. Anisha was in college now. She tried her best to keep her mother in a clam cool mind. But this pulled her away from the person she used to idolize.

She could see her mother everyday trying to bring back her husband. Anisha counselled her to leave it as it was taking a toll on her health.

Anisha realized she has to safeguard her mother. She became her pillar of Strength. 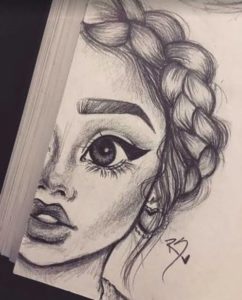 A teacher by profession. Love to write from time to time.