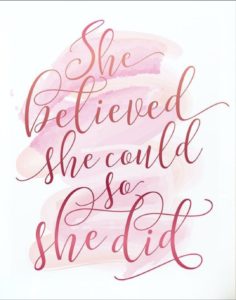 A story of a little girl, who is not someone who is new to us.

There lived a girl named Ammu. She was so smart and kind-hearted that every one in liked her. Be it studies or extracurricular activities she was always the topper.

Days passed, Ammu completed her schooling and college and was placed in a MNC. Her parents decided to get her married.

Luckily, her life partner was such a good human and was so happy.

Soon,this lovely couple was blessed with twin babies, and they were in cloud nine.

Ammu became so busy in taking care of her babies that she really forgot about one special person who was none other than HER which she never regret about.

It was a Monday morning, after a busy schedule ammu sat to have a sip of coffee with mobile in her hand.

When ammu just opened Facebook she saw YOUR MEMORIES. She started scrolling, it was all her photos. Family, friends,colleagues, awards and recognition happy and proud moments.

With a smile she kept scrolling, kids pics! “Wow how cute babies they were”

A flash of thought came in her mind “I am a happy wife and a blessed mother but where is that Ammu who was so energetic and an inspiring girl?”

She started thinking. “What shall I do now?”

Let me first refresh and go for an outing!

She went out. For the first time after kids, she spent an hour in the parlour came back home, saw herself in the mirror and told “Ammu you will be back to form soon”

Days ran and also her thoughts.

She got a call from her friend if she could take care of her kid for an hour as she had an emergency work. Ammu happily agreed and took care of the kid that evening.

That night her friend called and thanked ammu she also said ” Ammu, shall I tell you something? My son was so happy after spending time at your house, and he also told the snack you gave was homemade one and was so yummy. Thanks for that dear.

I have a suggestion there are many kids in our flats whose parents are working and I really feel bad when I find them having junk foods in the evening. Why don’t you try making more and serve them too ? It could be a mode of earning too right? Just a suggestion dear think about it. Bye”.

Ammu thought it’s a good idea, had a word with her husband he said, “Go, Ahead” for he knew her decisions never go wrong.

Next morning, Ammu pinged her friends, they were all so happy for this initiative. Ammu was super excited she prepared the menu purchased items and started making healthy snacks for many kids daily. Ammu was happy, she even got bulk party orders at times.

One fine morning ammu sat with her cup of tea and mobile as usual. That’s when she saw an ad inviting for a story writing competition she wanted to give a try.

She instantly applied for the contest she didn’t know what to write, but she decided that she is going to write something that will make the women like her think that “If opportunities don’t knock our door, lets create one and also  each woman is unique and has a talent. All they have to do is explore within and empower themself”

Yeah! this is what “she shares” with us. Let each AMMU among us take the first step towards being an INSPIRATION to others.

Hi I am Usha from India. I am not a professional writer but I always wish to try my best thereby Inspire motivate others and that is one of the reasons for taking the pen in my hands now. Happy Reading !