Skip to content
Home/Inspiring Story/Take care of your Parents, Just as they took care of you 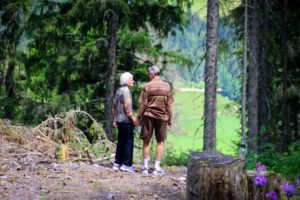 It is rightly said that the blessings of our grandparents and parents is the immortal thing, which makes us successful in our life.

Today the story that I am going to share is the story of my friend Amesh (Imaginary name). He is of the age 35 and he lives with his family, his mother who is in her late sixties, father of age 70, Spouse whose age is near 30 and his son 8 years young. As he has newly shifted to the city of Indore his father always asked him regarding the navigation to various places in the city. One day he got too much irritated by the questions and asked his parents to go back to their home town and spend their rest of the life there. Looking to the comfort of Amesh his parents left Indore and went to their home town.

Amesh and his wife both were working to carry out the household expenses of a new and an expensive city Indore. The child until now was took care by his parents, but unfortunately now the child was left alone. He himself started to manage things. Within 10 days the child got ill and weak, as per doctor’s advice he needed someone to be looked after continuously till the time he recovers. Fortunately he met Ravish one of his old school buddy who has also recently shifted to Indore and he told everything about the situation to Ravish. So Ravish asked him about his parents, Amesh was left unanswered. Ravish understood the case and narrated him a story which he has received from one of his friend on social media. 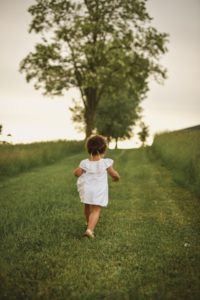 The story says: Once upon a time there was a small kid who used to roam and play around a mango tree. Whenever he was free he used to climb the tree, eat some mangoes and when he got tired, he would sleep in the cool shadow of that tree. He has developed a relationship with that tree. As the child grew older he was unable to spend time to play near the tree. Slowly he stopped going to that tree. Now the tree also felt lonely and sad. The tree used to cry remembering the child and suddenly one day he found the child coming towards him. The tree felt happy and asked him why he was not coming to play nowadays. The tree asked that child to play with him but the boy replied that he was now grown up and he had no money for studies. The tree laughed and said that he can take the mangoes from him and sell them to the market. He would get handsome amount by which he can pay his school fees. As directed by the tree the child did so. But look at the selfishness of the child he again left the tree alone for weeks and years. The tree had lost all hopes of meeting that child again.

“We all know that humans are selfish.” 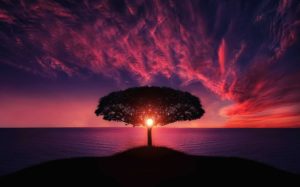 But as we all know that humans are selfish and following the human behavior, one day again that child who was now an engineer returned to the tree with a problem that he had no fund to create his home. The tree advised him to cut some of its branches and make a house from it. Again the boy followed the direction of a tree. The tree was now left empty and alone for days and years again, nobody even watered him, he was left dry and empty and he lost the hope of seeing that engineer boy again.

One fine day the tree saw an old aged person coming towards him. Before the tree could recognize the person, the old person introduced himself as that engineer child whom he helped at various stages in life, but the tree replied that he has nothing to give him now. Smiling at the tree the old person said that today he was not here to take something but to once again play with him and sleep in his shadow. Talking with the tree he started crying and tightly hugged the tree. And surprisingly once again new branches started to grow on that dry mango tree and within a short span the tree was green again.

Ravish ending the story explained to Amesh that this tree is like our parents we had fun with them during our childhood and as we grew older we become selfish and we only visit them when we need something or we are facing some problems in our life. But today, just like that dry and empty mango tree they are still waiting for us, now it’s our duty to become their support in their old age.

But what we gave them in return is only loneliness. Now Amesh understood his mistake and on the very next day went to his home town and brought his parents back to Indore with him and then after they lived a happy life. 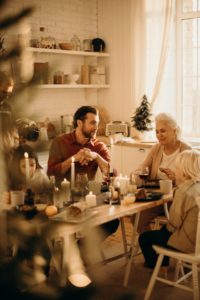 Friends just remember when you sit with your father and mother; keep asking them about their life and their experiences. Life is too short to regret and as parents they have faced immense pain to get us all comforts at our finger tips, but for them it’s not an easy task. They don’t want money, comfort or luxurious life, but they only need your love, support and happiness. To demand is easy but to fulfil is not an easy task. So as a child it’s our moral duty to support our parents in their old age as they supported us with all pleasures and comforts during our childhood & their struggles. So dear readers do love, play and talk to your parents and every time just forgive them for all the mistakes they may make in the flow of emotions, as they also did so when you were a child.

With this I end here.

Mr. Jignesh Vidani has done his post graduation in MBA with marketing as its core domain. He has worked as Marketing executive with firms in service and FMCG segment and also holds an academic experience of 2.5 years. With his profound knowledge and unique marketing skills, he has published more than 35 research papers in various well-known national and international journals. Apart from publishing research papers, he has also presented his research work at a number of conferences held at national and international levels. Besides his professional skills, he is an aspiring writer and a passionate marketer. He holds the credit for two books, one of which is on Waste Management and the other on Import-Export Procedures. His experience in different industry verticals has helped him manage two of his own blogs, ‘Life My Way’ and ‘Entrepreneurial Diaries’. He articulates and shares his real-life experience through these blogs. He also runs a junior research cell where he makes the best use of his passion and knowledge to guide students in pursuing their research work. He is a lifetime member of International Society for Research Development (ISRD), London, Scientific Society of Research and Development (SSRD), Delhi and few Management Teachers associations.