That is my Grand Ma!

Every drop of rain that fell on the roof of our hut increased my worry and fear about my grand-mother as she hadn’t returned home yet . It was 8.50 PM, that’s too late for a village like ours where it took 35 years post-independence, that was last year, to enjoy electricity services. The last bus and sixth bus of a day would reach at 9 PM.

My grand-mother worked in quarry like everybody till my parents were alive. She was so sure about my life not resembling that of her. The absence of basic amenities in our village, were the reason for my parents death. She was 47 and I was 6. Though boys of my age were not sent to schools in my village, my grand-mother decided to join me in the near-by town government school that is in lower part of the mountain where our village is situated.

I showed the torch in clock thinking that it should not be more than 9:15 PM, it was 9pm. Most of the times when It went past 9:15pm we would sense that the last bus to our village might have got cancelled mostly for technical faults or land slide due to rain. Sitting near the Arikan light was warmth outside yet my thinking about my grand-mother like what she would be doing now, was very cold to handle.

I started going school with the help of her earnings from quarry. One day she came to know that there was person in need to cook in school for children. She applied for the post and was rejected as the other person who applied was capable of reading. She continued to work in quarry. I used to imagine how grand-mother would have done it. She showed interest in my studies when I did home works. I felt like she wanted to nullify the reason she was rejected for. Every time the lunch was bad, I taught her for more time.

While I have been thinking about what she means to me, there was a powerful lightening made me check the clock and it was 9:16pm and the humongous sound followed by. My dog and I stepped-out with a plastic sheet covering ourselves as I could no longer wait in house. We stood before a closed shop where no living things were possibly around us. It was completely dark and water running through the road.

Years passed by, my grand-mother replaced that cook with the qualification of being able to Read and Write. Her culinary skills pleased every one of the school. she would complete her cleaning works at 3.30 pm and wait till 4PM for my class to get over. We both would start in the fifth bus to our village and reach at 5PM. if we happen to miss the bus, we would go to bazaar where she used to get me sweet paniyarams(Regional sweet) and spend some time there before we would catch the last bus to our village.

I was waiting for 15 minutes now. I wished I had no study holidays and been with her. My eyes were starting to roll out tears. My retina sensed a beam of light falling on it. Yes, The bus had arrived and I was so anxious that my grand-mother should be inside. I was dying to see her, My dog started to jump. It was only my grand-mother who came in the bus. ‘’ Why are you standing here? Where am I going to go? “ she shouted to us in care. She then gave me paniyarams and a few to my dog.

My grand-mothers untiring nature and decisive nature were my biggest inspirations. Down the line my studies had been improving every single day, I became the school topper and the first person to qualify tenth standard from our village. After I join in medical college, People believed in the process and our village children were sent to the school.  A small decision of her worked big for the entire village. 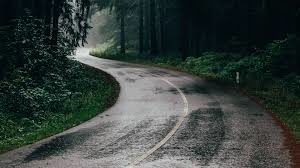