Skip to content
Home/Inspiring Story, Sports/The Dream of a Child

The Dream of a Child

“Your love makes me strong. Your hate makes me unstoppable.” ~ Cristiano Ronaldo

This is the story of a boy from the streets of Madeira, who now is the richest footballer in the world.

Cristiano Ronaldo dos Santos Aveiro, was born on the 5th of February 1985 in Madeira, Portugal into very humble family. He started playing football at the age of 7, with footballs made from clothes rolled together and hand-me-down shoes from cousins. But, all that didn’t matter to Ronaldo, all he cared about was playing football, for that’s what made him happy and his father proud.

His father was a Kit-man at CF Andorinha and he was the first person who encouraged Ronaldo, to join the youth academy and to take football seriously. His mother and sisters didn’t really understand the game, but his father was on the side-lines for every single game of his.

At the age of 11, for better training Ronaldo had to move to an academy in Lisbon. At such a young age, to be so far away from home, in a lonely environment, weighed really heavily – on Ronaldo – emotionally. But, he kept on going, for he knew, that he was capable of doing things on the field, others could only dream of, he knew he had the potential to be the greatest in the world.

But, for all the talent, there was still something missing – Ronaldo was physically very small, which meant his overall impact on a demanding sport such as football, for 90+ minutes, would diminish with time.

So to be the legend he is today, he put in extra hours at training each day: perfecting his body and every single aspect of his game. Ronaldo is amongst the very few footballers that can score with both feet,  he can jump the highest for headers and his penalties and free-kicks are a class apart.

Now, even for a man as mentally resilient as Ronaldo, to stay determined throughout his journey has always been an uphill task. From being ridiculed by fellow teammates for his household conditions, to losing his father at just 20 years of age. Ronaldo has had to soldier through hardships beyond compare, he truly is the embodiment of the quote: “ the more a diamond is cut, the brighter it sparkles” (by Thomas Guthrie).

There are so many of us, who have dreams and passions that we want to follow and be successful at, but there are, very few of us who are willing to put in the hard work necessary to achieve our goals.

When we look at successful people we see their wealth, we judge their attitude, we aspire to be as comfortable as them, but we never think about what, that – now successful person, went through before accomplishing his status, his luxury and the respect that he has today.

To have the courage to overcome failures, adversity, struggles, and disappointments is no easy task. But, if you want to go as far as you can, you have to be willing to let go of the comfort and whatever else that is easy.

For it’s not just about your end goal, it always is and always will be more about your journey. How strong and resilient you are throughout it. For anyone can fantasize about an end goal, but very few can ever complete the entire journey.

I hope, through this tale and many others that you might come across, will inspire you to follow your dreams, for what are we without them. 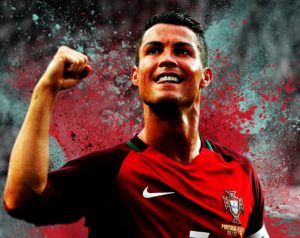