The girl who got lucky 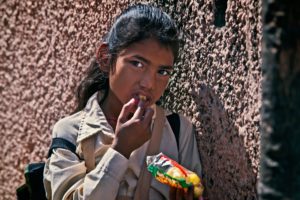 I looked around and found myself no different. But how had I managed to escape that tortuous fate that almost all girls my age have to come to terms with? How was I allowed to have freedom of thoughts and an option of securing my dreams? I could not find an answer as I lay on the charpoy under the scattered shade of a tree in the courtyard in my village which I visited after 5 years. I could not help but think how I would have to bear that scorching heat of my birth place Rajasthan had I not got to the position that I had. I was the tortured daughter of this soil but I did not see any affinity with her now. Had I not become an IAS officer, I would have found myself carrying pots on my head to fetch water from village tank, feed the buffaloes, go to the fields to harvest wheat with my parents and many such back-breaking daily chores. I would be toiling in hard manual labor and not a single person would care. I found myself extremely lucky to have escaped this undignified cycle of suffering.

I saw a flashback of my life while strolling in the village as I saw some girls near the cow dung heap and making cakes out of it to use it for fuel later. A known pang of pain ran through my spine and I wished for them to come out of the misery. My father was an army soldier, like in many farming families, and we were left to stay in our village with other family members. But destiny took a different turn when my mother, a poor illiterate woman whose job at her home when she was young was to graze cattle, demanded my father that he take us with him to city. This unprecedented courage in this woman came when she heard a District Collector speak up on importance of education for the children. She did not have it but she was determined to make sure I had it, she tells me now. But when my grandparents refused to allow us to come to the city, she arranged for me to go to a boarding school in a nearby town for some time. In this time, she managed to convince my father who eventually agreed and we came to Delhi.

In the city, I could use my time to study well- the time that the girls in villages don’t have as they usually spend their evenings working and by the time it is night, there is either no electricity or too much fatigue to study after a hard day. Even if they manage to get educational degrees, there is no skill development, hence no job, and they continue the life of toil. To have free time on hands is also a luxury, I realized.

I was brought back to reality from the flashback when I saw a reflection of myself in the girl who was bringing her buffaloes to drink water at common pool with a stick in her hand and her hair uneven. And I wondered if she too would get lucky enough to get out of this misery, if she too would know what it is to have free time on hands and the choice to use it freely, what it is to be in a quagmire and still reach your hand towards the sky. I have so many questions and no answers.