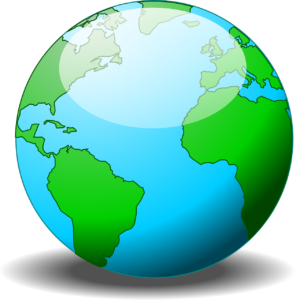 Program on removal of unwanted drugs

So, friends. Today, I would like to share a story with you on the recent initiative taken by the State Drugs Control Department and All Kerala Drugs and Chemists Association in Kerala.

Have you ever wondered what happens to the left over medicines? What happens when you throw them in dustbin?

The same thought creeped in Krisha’s mind. Krisha, a young 21 year old girl. She is a science student particularly in the medicine field.

During her journey, she found that the leftover medicines are directly dumped in the dustbin which later on are dumped into a dump yard.

Whenever she threw the medicine blisters in dustbin,she had a question in mind.

“What happens with them after they leave the college gate”?

This question tempted her to do some research. You know, sometimes, “Curiosity yields better results”.

[Life is impossible without oxygen and pure oxygen can be found only within the green surroundings.

One day during her research; she found something amazing that can be the best solution for improper medicine disposal.

“An initiative by All Kerala Chemists and Drugists Association (AKCDA) to promote scientific use of expired or unused drugs. This initiative is known as PROUD (Program on Removal of Unused Drugs)”.

Further, conducting a detailed research, she came to know that this initiative is based on the reports submitted by World Health Organisation on the harmful effects caused due to nonscientific disposal of these drugs.

Then, she found some interesting facts about this initiative which are as follows:

After reading these facts, Krisha understood how proper disposal of unused drugs is beneficial to the environment.

During further research, she found that improper disposal of such drugs in open space can cause antimicrobial resistance.

It can also cause air and water pollution. Hence, it is mandatory to dispose unused medicines, drugs in an appropriate manner.

Considering all these measures, she thought ” Then, in the present situation, how are these drugs disposed”?

Finding the answer, she read about the one and only incineration plant “IMAGE” in Kerala, used for disposal of hospital waste.

Later, she further got curious to know “What happens once these drugs are collected”?

Conducting her research further, she came to know about the entire process as follows:

So, ultimately the drugs are destroyed.

This was like each and every part was increasing her curiosity. After knowing the final outcome, she thought:

“There might be some challenges in this initiative. If yes, then what are its “Major Challenges”?

One of the critical challenges is the expense of collection, transportation and the disposal of unused or expired drugs.

Another challenge is lack of regulatory provisions in the Drug & Cosmetics Act regarding the disposal of medicinal waste.

And the most important challenge that every change faces is Acceptance, cooperation and trust from the people.

So, she again started wondering how about If I spread  awareness about this great initiative by writing it as my story!

This is why I chose to share this inspirational story via Inspitale so it can reach more people and gain cooperation for The greener earth, the greener world.