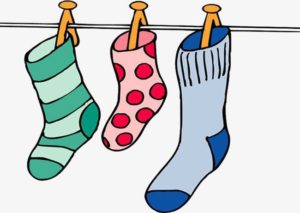 My father was a struggler in the 90s. Hailing from a middle class family was no piece of cake: a strict father, frugal lifestyle clashing with ambitious aspirations, business ideas vying for a place in a job oriented set up and so forth. Everything was basically removed from a world of innovation and there was no room for failures.

It was one fine day when my father promulgated his desire to become an entrepreneur and venture into the sinusoidal waves of highs and lows. Hearing upon his pitch, all hell broke loose and my father naturally incurred the wrath of watertight social constructs.

The stage was set for a struggle of epic proportions, as the lanky man then turned out to possess an iron strong will power and dedication. Out came my father, taking a leap of faith into the torrid oceans of uncertainty with greater chances of failure and rebuking.

Given the setting of the story, let me elaborate further upon the time that was. Early 90s in India was a period of conformists, a time bereft of resources where any great move required money. Not that my father started out as a destitute, I wouldn’t say he was born with a silver spoon either. The larger part of the struggle resided with the very fact that he got little or no family support. He was a son to a stodgy and disciplined yet a respected scientist, who worked for the government’s defense organization.

Still, times were tough and as mentioned earlier, he did not receive any financial support from the family to fuel his dreams. But this was just the tip of the ice berg. He had been a struggling businessman with familial responsibilities of providing emotional support. For a man just about managing to make his own ends meet, lending a part of your emotional strength to others was even difficult than giving out money, while you have none.

Tough times called for tougher actions and that’s what the man did. He took to doing odd jobs. A side note about odd jobs, which, by the way, my father still quotes:

‘No job, whatsoever, is big or small. It is how you put your heart, mind and soul into it which counts. Keep the action going and have a positive outlook.’

As a matter of fact, he was and still is superbly accurate at establishing analogies, comparing life’s struggles to the simple little things around us. Like a babbling brook, my father would indefinitely keep going forward, meandering his way through the testing times and sanding off the difficulties ever so effortlessly.

The lost sock is my personal favourite. Have you ever encountered this heart-wrenching incident of losing a sock? Believe it or not, losing a sock is one of the most underrated events of our lives. I don’t know about you, but here, the world does come to a screeching halt! It’s as if the supernatural forces have conspired against the sanctity of pair, of an established pattern, in general.

Now here’s the rub. In the series of circumstances, a sock will be lost here and there. While you are busy sulking about it day long, you are bound to discover it right under your foot! Think of your life as the constant journey to discover and lose, but make sure that you do not cry about the loss much. For some ideas, like that sock, might be hiding under that warm blanket or in fact, decorating your feet!

To this date, my father wears mismatched socks under his Louis Vuitton as he meets his clients…

A copy writer, content curator, profoundly referred to as a grammar nazi and word nerd of the East.