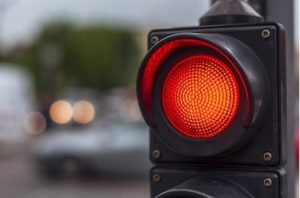 Anand somehow managed to see the timer from the distance.

53 seconds more for the light at the signal to turn green.

He did a quick calculation in his head, trying to see if he could cover the distance given the number of vehicles in front of him. Despite the faint chatter from the radio, the distant honking and the cacophony of the traffic, Anand tried to concentrate.

Turning down the volume of the car radio, he quickly scanned the vehicles around him. Who could be the target today?, he thought. First, the Eicher truck paaji on the left and the maybe the Tata Nano aunty at the far diagonal left. That’s how he liked to call them. He made a mental note, flexed his fingers and got ready. With the yellow indicator sign of his car turned on, he was ready for his ‘morning show’.

Trying to ignore the loud honks, rude glances, and verbal abuses thrown his way, he dashed and somehow manages to take to the left side. Quite impressed with his calculation, Anand got ready to tackle the next signal timer. The timer at the traffic signal came into full view from his side of the road.

Hearing the sound of balloon screamers, he suddenly caught glimpse of a colourful bunch of balloons peeking from the vehicles in front of him. Anand realized that it is about time. He gradually loosened his seat belt and slowly bends towards the left to get a better view of the bus shelter.

She was there. Sitting alone.

His hands reached towards the glove compartment. The paper packet was inside. He removed it and kept it on the empty seat next to him. The car inched forward. He rolled down the glass windows.

The balloon bunch moved closer towards his car. The familiar ‘ballons le lo…5 for 10…5 for 10’ sing-song also became more audible. A grime-smeared face of an 8-year old that accompanied the high-pitched voice appeared. The white tattered shirt the boy wore had turned grey with soot. A rope that replaced a belt, held his grey shorts in place, which could have been four sizes too large.

Catching Anand looking, the boy ran towards the car.

Anand smiled, hands the boy a 5-rupee note, and asks instead for a packet of balloons. “Chotu, I saw that you brought her here today.” Anand gestured towards the makeshift stall near the bus shelter selling cheap plastic sunglasses and caps. “Here, there is enough for the two of you” and hands the little boy the paper packet which was kept on the seat. Chotu opens the packet and his eyes widen with glee. “Tutti frutti bun!? Thank you, bhaiya”.

The traffic light turned green. The cars started honking. He smiled at the boy and got ready to drive away.As he drove by, Anand adjusted the rearview mirror. He saw Chotu, who had sprinted to the makeshift stall, feeding a piece of the bun to his little sister.

Anand smiled. For all the ruckus and the nuisance he created at the traffic signal, the sight of those two children happily enjoying tutti fruit buns just made it worth the effort.