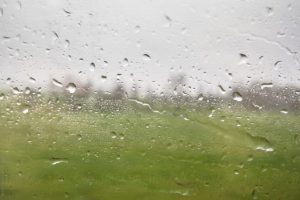 As the raindrops trickled down the windowpane, Parimal stared outside the moving train. Just as a mother soothes her crying child, Parimal also felt that same swaying motion. Although he knew why it happened, after all, he was a certified civil engineer. The cool weather reminded him of his village days when he ran through the fields during monsoon to catch fishes. These fishes used to enter the field from the nearby river through a canal dug for the rice patches to flourish. Rakhal was his assistant. Collecting earthworms, managing the net and preparing a rod using the bamboo tree was an important part. As without these, it’s difficult to catch fishes like Magur (Catfish), Mourula (Indian Carplet), and not to forget Koi. It’s said that the Koi is so powerful that it jumps to branches to evade predators. Parimal’d never been the academic achiever, but he understood everything taught to him. He loved exploring Ratanpur, his village. The ponds, the canals, vast stretches of Kaash-Phool, long bushy grasses used to decorate Dhaak, the drum, during Durga Puja. It was 1967, 15 year old Parimal was scribbling his notebook when a panting man ran into his Pathshala’s class and whispered in the teacher’s ears. Acharja-ji left a sigh. Somehow, Parimal knew his sir had a message for him. Acharja-ji went out of the classroom and summoned a substitute teacher, and ushered Parimal towards him. Acharja-ji and Parimal’s father, Shyamol were good friends, they were classmates in that very Pathshala but due to financial instability, Shyamol was unable to continue his education. Like his father, Shyamol had to become a farmer.

Parimal questioned Acharja-ji, but it was met with silence. There was a sense of hurry. Acharja-ji asked Parimal to grab his waist tight as mounted his motorbike. Reaching Parimal’s home, Parimal knew something was amiss. He ran straight to the bedroom, where on a bamboo mat his father laid breathing his last breaths. Before Parimal could say anything, Shyamol grabbed his son’s hands tightly and uttered,” Palash re, do what you want but don’t be like me. Son, I could never become a literate person. Promise me that whatever it takes you will be one. Take care of your mother. And forgive me, for I couldn’t….” and the grip loosened. It felt that time had stopped. Parimal could hear distant cries, and a gentle pat on his shoulder. A jostle, which grew stronger, and at turning he saw Acharja-ji with teary eyes, “Palash. You WILL become what your father saw in you. This is no time to mourn. We have a mission to complete. Pack your bags, I know exactly what needs to be done.” The reverberation left such a profound impact on Parimal that tears of fire and resilience fell from his eyes. That night, after completing the rituals, Parimal with his mother Nirmala Devi left for Bandel with Acharja-ji. Bandel then had better facilities than Ratanpur. From his contacts, Acharja-ji had Parimal admitted in a school. Parimal was worried about the fees but Acharja-ji held Parimal by his shoulders and said,” Son the only way you repay me is by being what your father wanted” and left. Nirmala Devi was a simple woman and had to learn urban manners to survive. It’s true that Parimal was never devoid of obstacles, but he was determined to stay strong. For it was a mission he was on.

A sudden jostle broke Parimal from his thoughts. In front of him lay, project papers titled:

I love to read and write. Observation and explanation are something I love. To stay positive and embrace what life offers is my strategy. Best wishes, dear reader! :D