The Woman I Knew Not Then 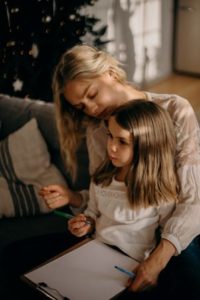 Photo by cottonbro from Pexels

“Though it’s been fourteen years”, uttered sanguinely the well-dressed, young woman on the dais, glaring at the curious crowd before her, “this one particular day still remains vivid in my memory.”

“An unfamiliar lady, in a simple salwar-kameez, was sitting cross-legged in front of two photo frames, of a man and a woman – her feelings were an amalgam of love, pity and disappointment. Next to her were a pair of another strange faces, a young boy and a girl, perhaps her begotten children; their lamenting breaths mingled with the scent of incense affixed before the frames.

Soon after the death observance, the family members of the deceased man gathered to hold the most awaited discourse in the presence of that unknown lady and her children. Sitting all by myself in an adjoining room; I was all ears when this grave conversation concerning the little girl of the dead couple began.

Her mother, being an unidentified orphan, had no traceable kinfolk while her father’s family denied her of their love and guardianship. It was settled then – she was to live the uncertain life (that her mother had once lived) in an orphanage.

To everyone’s amazement the mysterious lady, silent until then, spoke indignantly, “How could you all think of that? You can’t be ignorant of the horrible state of orphanages nowadays, with some having no reliable provisions while others being suspicious of child trafficking. Had none of her relatives been alive, she might have surrendered herself to the unforeseen fate of such a place but you all are her uncles and aunts”.

“Bhabhi , I will look for the best orphanage, no need to worry. In fact, none of us will ever be bothered by her”, said one of the uncles but the wrath on the lady’s face showed her unconvincedness.

“If you distrust us so much”, said the Uncle exasperatingly, “then why don’t you keep that dork?”

The others gazed at him astoundingly as one of the aunts blurted, “You know she can’t and would never. She’s a single mother with responsibility of two children and an old widowed mother, moreover that girl……you know what I mean.”

The stone-faced woman rose up from her chair and asked her children to help the girl pack her belongings and leave with them.

“You said you’d never even see her face!”, uttered the surprised Aunt.

“Certainly, for she is the daughter of a woman I most despised but what good reason a healthy-minded woman has for leaving a girl of eleven in circumstances so uncertain? Of love or of hate, I don’t know what our bond would be but as of now, it’s of no concern.”

Some moments later, I was walking with these strangers, dragging my tiny suitcase behind and firmly grasping the lady’s hand.”

The audience in the hall was sitting silent – a few of them teary-eyed and others smiling empathetically.

“I’m today a self-made woman, standing here dignified with an identity of my own; encouraging other women to embrace their womanhood. And, I owe all this to a woman who thought beyond the constraints of her emotions and conventionalism of the society. People, allow me to call on stage my godmother”, she was smiling at an old woman sitting in the first row, gesturing her to come up on the stage.

The giant walls of the auditorium reverberated the rapturous applauding from the crowd that appeared staggeringly pleased to commend these wonderful women.

An aspiring writer and poet, I desire to create a new pathway for creativity and artistic expression through my works that are not only intriguing but inspiring, too.