“today was good. wasn’t it?” Priya asked.
“Yeah, it was not only good but was great” harsh replied. Priya, the only daughter of a successful business man and harsh, a responsible son of his widow mother are couple. “I wish the each and every day of my life can be like this” Priya murmured. Harsh smiled. They were coming home after a well spent day. Suddenly harsh face turned very sad as if he remembered something very terrible.”hey! why did you become so sad suddenly?” priya asked. Harsh replied after a silence “it’s my exam tomorrow and you know that I have zero preparation” as if he was complaining. Priya made an angry face and asked “am I responsible for this? You should have studied harsh”. Harsh replied in very calm manner ” it’s not your fault but you could have cancelled our today’s date instead of saying that either date or break up”.Priya suggest harsh to take mobile with him in exam for cheating but harsh neglected because if he will get cought he will have an year back and he will loose his reputation as well. Then Priya said harsh to get out of the car because they were reached to harsh’s college. Harsh came to his hostel, got fresh bit a bit of his heart skipped after seeing the time, it was 4 am and he had to reach exam hall by 7 am and it took around one hour to reach the exam centre. He became stressed and he couldn’t understand what to do or not to do? Suddenly, he got a call on his phpne. “Hllo, good morning mumma” harsh said after picking the call “god bless you my son all the best to you for your exam” his mom replied. Harsh could not be able to say even thanks to his mom his eyes were full of tears because after the death of his father he was the only hope for his mom. Her mother had spent all her savings for his study and was handling a boutique where she used to sell her own hand made dresses. After thinking about his economic condition harsh decided to do cheating with phone because without that he will be fail and may not get the job. ” I will have to take the risk” harsh murmured took his phone in pocket and went to the exam hall. Bell rung, exam started, harsh started writing and he was going good nothing happened till that minute, “the last 10 min is left” teacher made announcement. Harsh was feeling proud on himself because he had done all the questions correctly with use of phone. He stretched her body after completing the paper. Suddenly a sound occur like something had fallen, teacher came to harsh and saw it was his mobile. Someone said ” we can’t be sure until the last minute” after that life of harsh took a terrible turn he had suspended for an year and he will have to repeat that year again with his juniors. Harsh was totally blank like he had nothing left, he started crying but he handled himself any how. As we know whether it’s good time or bad time first we remember our loved one. Harsh called priya ” hllo, Priya I got caught and got suspended for an year” he said it in very low tone ” what! Can’t you do a single cheating carefully? I can’t be with such a looser. Don’t call me again” Priya shouted. Now the harsh was totally blank he was feeling totally hollow from inside. Harsh’s friends handled him and wanted to sent him to his home. harsh decided to suiciide on the station he went to station and stood up in front of train it was all about to over but someone pulled him from there “please don’t save me I am a very big looser” harsh shouted and started crying in front of that girl, the girl who saved him. She was an orphan. ” Ok share to me what’s the problem? ” girl asked. Harsh started crying and shared everything to her because sometimes some stranger bacame god for us. something like this happens with harsh also.”I was an orphan child and had no one to help me but now I m running my own business of chain of boutiques, I have boutique in almost every city and she dictated her whole story to him. Her story was very inspirational which motivated him. The girl asked him some question and found a very skilled person inside him and proposed him to be her business partner. Now a many years later harsh, his mother and Tina is running very well business and are very rich. Harsh use to tell his story as inspirational story in colleges and schools. And yeah all of you are confused who is Tina here? Tina is the girl who saved harsh and she is not only the business partner of harsh but the life partner also. 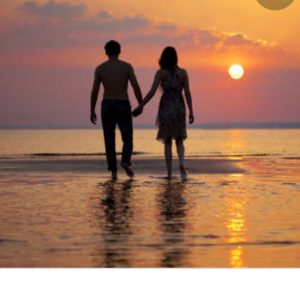