They had met after ages and she could already see his greying sides but deep down the memory lane things were as fresh as dew. He was still the one who made her heart skip a beat every time she would see him, always inflicting the pain which kept her hungry for more. The first time she saw him, he was not at his best, fighting his demons, he was looking for someone who could save his soul from the storm that was raging in his innates. As the first ray of sunshine, he happened to have found his anchor in her. In him, she found her solace, a demon who could hold her like a fragile dewdrop with caution and care. As destiny had it, they had met. Her world had practically come to a standstill. Every dream realised, every prayer answered in one masterstroke of destiny.

And then one fateful day, they parted ways. The destiny was to be blamed; the conclusion is a paradox. With unspoken words and broken hearts, nothing in the world is more painful than knowing a part of you is lost and lives in someone else. To live every day knowing you are not whole, perhaps that’s the irony of letting go. Looking at her after all these years had brought back a flood of emotions, he wanted to tell her how empty he was with her gone, but ego blocked the way of words. Pretending whatever happened was for good was his alibi. Having lost the courage to face each other the fateful encounter ended with his “sorry, if you will excuse me, I have company” she nodded.

It was the May of ’69 the pigeons had come home, and so had the children who lived in various countries perusing their passions. A dear friend of hers was getting married, the invitation was sitting on the table but work didn’t seem to allow her for the company of ones who held a close spot in her life. It was almost eight in the evening when she got time to admit to herself that it was a rough day. When she could not take it anymore, she decided to leave for the day, ignoring the buzzing phone and the beeping messages, making excuses in her head to call and apologize for her absence she mentally forgave herself for not being able to make it for the wedding. But as destiny had it, as she was waiting for a cab on the street, a car slowed down a few meters away. The person on the driving seat rolled down the windows and peeped out, “going somewhere I can drop you?” something inside her had rekindled. She craned her neck to place the familiar voice that had caused her world to come to a screeching standstill amidst the chaos. In a distance, peeping out the car window, she could see a familiar smile and eyes that had always made her skip a beat. 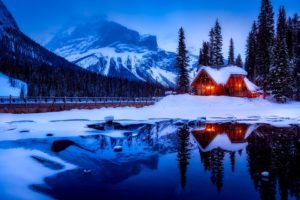