TWO SHORES OF A SEA

“Not all love stories have happy ending”.

He was cute, she was pretty.
Together they were “pretty-cute”.
He fell for her highlights, whereas she on his hair.

A cute love story was started. They used to sit together, eat together and study together.

“Love her the way waves love the sea shore”.

Exactly, how their love was.

He was her cushion to catch when she fall down and she was his rainbow who transmits beautiful colors in his life.

He left all his bad habits for her, drinking, smoking and spending unnecessary time with his friends, instead of that he was becoming more concerned for his family.

This is what bothering his friends and made her enemy of his friend circle, cos they felt she is responsible for taking their friend away from them.

As we say, true love has the most difficult journey to complete. So many turmoil came in between their path.

All the mutual friends were looking for just one strong reason to create a rift between them.

Then she took admission in different college, where one of her close friend was already there. Who once proposed her, but she rejected. He was already disturbed with this thing.

Due to pressure of studies and future she was frustrated. He wanted her attention as usual, but she was unable to cope up with everything. Where she started spending more time with his friend , their relationship was getting spoiled.

Once, he wanted to meet her, but she was busy in some project work. He forced her to meet him as she was not giving him time. But she was already pissed off and did the worst mistake of her life by saying him, please don’t interfere in my life. I wont be able to meet you and carry this relationship.

That day he was broken. His friends were succeeded in converting his love into anger against her.

Though she apologized later. But it was almost a month when she realized her mistake. But till then it was already so late.

She tried her best to convince him, but due to so many misunderstandings and anger they parted ways. 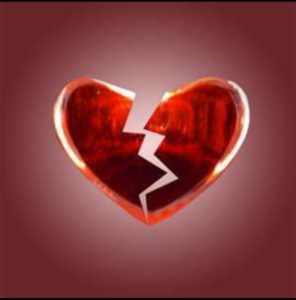 He went abroad whereas she in India. But as we say, true love never dies. They couldn’t forget each other, distance can never apart hearts whose heartbeats beat for each other.

He contacted her and she instantly replied. But things were changed, he changed. That cute guy now become so arrogant. He became materialistic and she emotional.

They realized over a period of time that they can’t be together. Moreover, he was 2 years younger to her and both belong to different caste. And still in India its hard to convince your families for unconventional marriages.

But despite being so many differences and problems, neither he nor she could forget each other.

Those memories were timeless and treasures in their heart.
He still calls her and she still miss him.

They still fight, don’t talk for many months but as we all know, those who are compelled by heart become helpless.
And that’s what made him to call her and her attend his call.

Years have been passed like this, neither their relationship changed, nor their love.

Still they are in the same phase.

They are like two poles of a magnet who always attract each other, but repulsed when together.

They are like two shores of a sea who are always connected with each other but cant be together.

“Some love stories aren’t destined to be together, but they are indeed the most beautiful ones”.