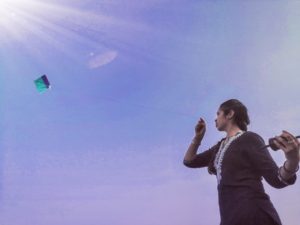 Most of us dream about becoming a doctor, engineer, architect, etc after 12th. So the same goes for this girl in his  own language

Hi, this is me, a usual girl who after 12th is giving aipmt exams(exam to get medical and dental, etc colleges). I got qualified in one exam and i got selected for a private medical  mbbscollege, ya that was a great moment🎉, iam talking about around 9 years before, i got admission i made new frnds, but when i was in 2nd yr something unexpected occur, their was an educational scam in which my name came up, i dont know from where i was linked but i wasn’t involved in any of these, then i appealed in high court which gave me a clean chit but again i had to appeal in Supreme court due to opposition, but then they put a stay over my case, i beleived in justice and thought i would get justice, they took around 2 yr and for these 2 yrs i wasnt allowed to attend classes as my college has suspended me, what a time it was for 2 yrs i was seen as if iam a criminal which i was not, i was in the home all time, neighbors kept asking whats the matter but i didnt told them, my family was with me, i even faced depression, then after 2 yrs the result was out and i was found to be guilty, guilty for what i didnt did a thing, till now i was aware of the money power because everything is about money if i had money i had won the case but then wht to do

After around 4yrs i was just a 12th pass even after passing 2nd whole years of mbbs waoo,my parents money for my college fees for 3 years and case money everything was wasted, i was a hell depressed, my family was very much tensed, so they told me to give neet exam (exam for medical and dental college), but i haven’t studied a bit because i was not willing to do anything, i had literally no mood of giving any exam or talk to anyone, but still my father did the registration and at the day of exam my mother forced me to write the exam, so i went with my father at the centre, their i found everyone was young, yes everyone take drop for 3 or 4 years for medical exam but still i had already studies mbbs and then again giving exam waoo wht a feeling

Results were out and i had got  149 and qualifying marks was 150, but then their was a state, in which the state government has announced qualifying marks to be 145, so i took admission in a college of that state, but in dental because now my parents didnt have that much money to spend in private mbbs college, What A SWAP FROM MBBS TO DENTAL🤣

But this was not the end, after 3 months again central government put a case against state government as how they can reduce the qualifying marks, as i heard about the case i instantly decided not to waste time waiting for the result

So i took leave from college and started to study for neet again, i had just 3 months  left and i have to study nicely

So i studied for 3months, as till now i didn’t have any idea about 12th subjects its been around 6years and i havent studied the subjects also, so i studied with all my will, as this time i cant go hoping to be lucky like last time

I gave the exams, and the result were out and i had scored really good marks, so i got admission in government dental college,and right now iam in 3rd year, hoping their wont be any further SWAPS

Yes, its very unfortunate to look at my batchmate, as they are very young unlike me, and all my mbbs batchmate have already finished their post graduation also and iam just a undergraduate student that too in dental🤣🤣

But when someone has a wonderful family like me, though i have a slowest start towards my career i wont stop trying ❤️, and i beleive keep trying is the best thing anyone could gift oneself