“Why did’nt you married yet?”

“It was among the most intellectual conversations I have ever had! Looking forward to  meet you again!”– Fellow passenger said! But before you leave, please answer my question “Why did’nt you married yet?” Madhav (alterted name) as usual smiled to the question and came out of the metro, waving the fellow passenger. This was the same question he has been listening since 30 years and choosen not to answer, as usual! Here the story begins…

Madhav is now 57 years “old” (rather I would call him “young”), enthusiastic, fitness freak, responsible citizen of country. Youngest brother among four brothers, Madhav was selected in Indian Army at a young age of 24 years and left his home to serve nation. After three years from then, his brother met an accident and lost his life. Madhav was of 27 years by then and choosen not to marry at that point of time and support his brother’s family as part of his responsibility.  He managed to overcome this trauma upon his family in few years, by helping out his brother’s family to settle well. This was the time when his family again started thinking about his marriage. He was by now 32 years, when his other brother was diagnosed Cancer. The family was in yet another trauma, specially his mother who lost her second son this time. Responsibility of another family came upon Madhav’s back. Few years passed, life was again running smoothly, when Madhav himself was diagnosed severe Hepatitis. He underwent a long and exhausted treatment in Army hospital and recovered slowly.

He had to take voluntary exit from Indian Army on medical grounds, for sake of his nation. But as they say “God has a balance between Happiness and Sadness”… Madhav, with his hardwork and God’s grace managed to grab a seat for a post offered by Central Government. By now he was 42 years . As everything in his life was quite balanced by now, family again insisted him to get married, but he was in some other dilemma this time. Firstly, he still thought himself medically unfit, so did’nt wanted to build yet another family, whose future shall be on risk, like his brothers’. Secondly, he was also unsure that the lady who would enter their family as bride would be able to manage and take care of his family as much as he alone can do. Beside this, he also knew that his responsibilities and love shall be divided and he  wanted to devote all his life to his parents who have already seen too many odds in their lives.

Madhav decided and declared the dicission of being a bachelor lifetime, to his family. He decided to serve only his old parents and those who are in need, without any obstacle. Such empathetic people are rare, but yes they do exist. He had sacrificed all his life for nation, family and needy people. He has a large extended family now, in form of various organizations and NGOs he is attached with. He is always busy in some or the other noble causes and serving people. I am also a member of one of his extended family. He has always been there for me, and stood by my side and supported me like a fatherly figure. “Not all relations are blood related; some are much more than that!”

Whenever someone ask about his favorite quote, he replies: “Apne liye jiye toh kya jiye! Tu jee ae dil zamame k liye!”…and yes he had done the same all his life!!! 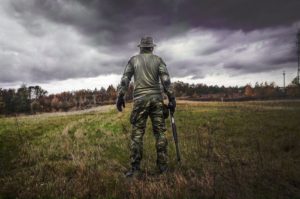 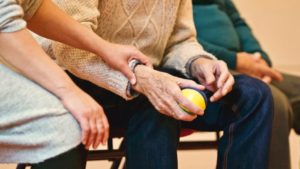 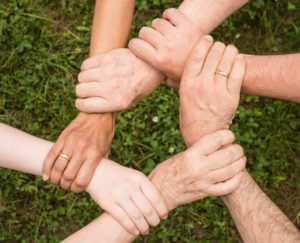 Doctor by profession, poetess by heart... I am not a professional writer, but often try my hand in writing whenever time and mood permits! :) The story which I am sharing, is a true story based on someone's life whom I admire a lot!